The highest death toll of 91 was reported from Kerala, followed by 48 in Karnataka, 43 in Maharashtra and 8 in Odisha. The rescue operations have been intensified in all the state. 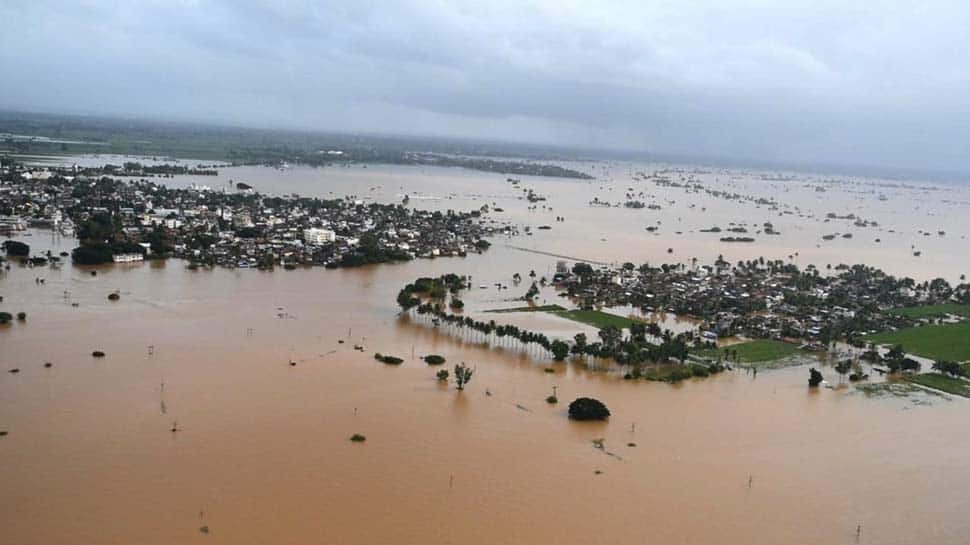 Heavy rains followed by floods have claimed nearly 200 lives in the states of Kerala, Karnataka, Odisha and Maharashtra, according to official data on Tuesday. The highest death toll of 91 was reported from Kerala, followed by 48 in Karnataka, 43 in Maharashtra and 8 in Odisha. The rescue operations have been intensified in all the state.

Kerala: Torrential rains and flood situation in Kerala have led to many deaths and caused landslides in some districts. Of the 14 flood-battered districts in Kerala, Malappuram is the worst hit with the highest death toll of 31, followed by Kozhikode with 17 deaths and Wayanad with 12 deaths. A total of 1,239 relief camps in the state is currently providing shelter to over two lakh people. whose lives have been affected by the floods.

Chief Minister Pinarayi Vijayan visited the flood-affected areas in the state and visited a relief camp in Wayanad district. The IMD has issued a Red alert in three districts--Alappuzha, Ernakulam and Idukki, along with an Orange alert in nine other districts. It has also predicted heavy rains across most parts of the state.

Karnataka: At least 48 people lost their lives and 16 are missing, as floods triggered by heavy rains continued to lash 17 districts in the state. A total of 1,224 relief camps has been providing shelter to over three lakh people. The government has deployed several rescue operation teams across the state-- 17 columns and two teams of the Army, four helicopters of the Indian Air Force (IAF), one team of the Gurada Force, 19 teams of the National Disaster Response Force (NDRF) and two teams of the State Disaster Response Force (SDRF).

Landslides have occurred in many places in Kodagu, Dakshina Kannada, Chikkamgaluru and Uttara Kannada districts due to heavy rains. The connectivity in 136 major roads (NH, SH and Major district roads) have been disrupted due to floods and landslides. There is also extensive damage to critical infrastructure such as roads, tanks, pipelines, schools, and electrical infrastructure etc.

Karnataka Chief Minister BS Yediyurappa inspected the Varada river near the Gondi Bridge on Tuesday. He has also demanded Rs 10,000 crore for flood-relief work. “Situation is very bad. Home Minister Amit Shah and Finance Minister Nirmala Sitharaman also conducted an inspection. Loss of over 50,000 crore in the state. On August 16, I'm going to Delhi to meet PM regarding this,” he said, adding, “I request Government of India to release 10,000 crore immediately.”

Odisha: Heavy rains followed by floods in the last 24 hours have claimed eight lives in Odisha as officially declared by Special Relief Commissioner (SRC). “In the last 24 hours, there has been heavy rainfall in various parts of Odisha and the average rainfall of whole Odisha is 66.6 mm. Particularly in five districts, heavy rains have been recorded. The districts are Bolangir, Boudh, Kalahandi, Subarnapur (Sonepur) and Kandhamal. Bolangir district has recorded the highest amount of rainfall that stands at 226.3 mm.

SRC further informed that the water level of all the major rivers in Odisha has been flowing below the danger level. Due to an increase in the water level of Kali Ganga river in Kalahandi district, 150 people of Sanabeda village were shifted much earlier as we had received a warning. The connectivity that has lost from Kalahandi side, the people have also been rescued. The two villages in Kalahandi district are Tejipada and Deulipada., ASHA worker and Anganwadi worker have also been pressed into their service.

In some low-lying areas, roads have been cut off especially in Kandhamal district, NH 59 had got cut off at Baliguda. Due to the heavy water flow over railway tracks at many locations, several train services were suspended in the state. As per information shared by officials of East Coast Railway (ECoR), "Due to water flowing over track at many locations over track between Deogaon Road – Bargarh, Loisinga-Bolangir and in Barpalli –Dunguripalli Stations in Sambalpur-Titilagarh Railway Section, the tracks have been suspended temporarily in view of safety of trains and passengers. Train services will resume when the water level recedes."

As a result, some of the trains have been affected as per the following-

18107/18108 Rourkela-Jagadalpur-Rourkela Express from Rourkela on 13.08.2019 and from Jagadalpur on 14.08.2019 will remain cancelled due to heavy rain causing water over flowing on Railway Track between Sambalpur and Titlagarh.

12893/12894 Bhubaneswar-Balangir-Bhubaneswar Inter City Express will remain cancelled between Sambalpur and Balangir from both the directions on 14th August, 2019.

13351 Dhanbad-Alleppey Express from Dhanbad on 13.08.2019 will run via Sambalpur-Angul-Khurda Road & Vizianagaram.

12835 Hatia-Yesvantpur Express from Hatia on 13.08.2019 will run via Sambalpur-Angul-Khurda Road & Vizianagaram.

08301 Sambalpur-Banaswadi Special from Sambalpur on 14.08.2019 will run via Sambalpur-Angul-Khurda Road & Vizianagaram.

Maharashtra: In Western Maharashtra, 43 people died while three were missing as of Monday, Pune Divisional Commissioner Deepak Mhaisekar said. A total of 4,08,322 people have been rescued from the district and evacuated to safer places, the data showed. As many as 1,224 relief camps are currently operational in the state with 3,93,956 people taking shelter in them, while 372 medical teams have been deployed.