Singh stressed on government’s planning of setting up of North East Industrial Corridor which will facilitate numerous job opportunities for the people of the region. 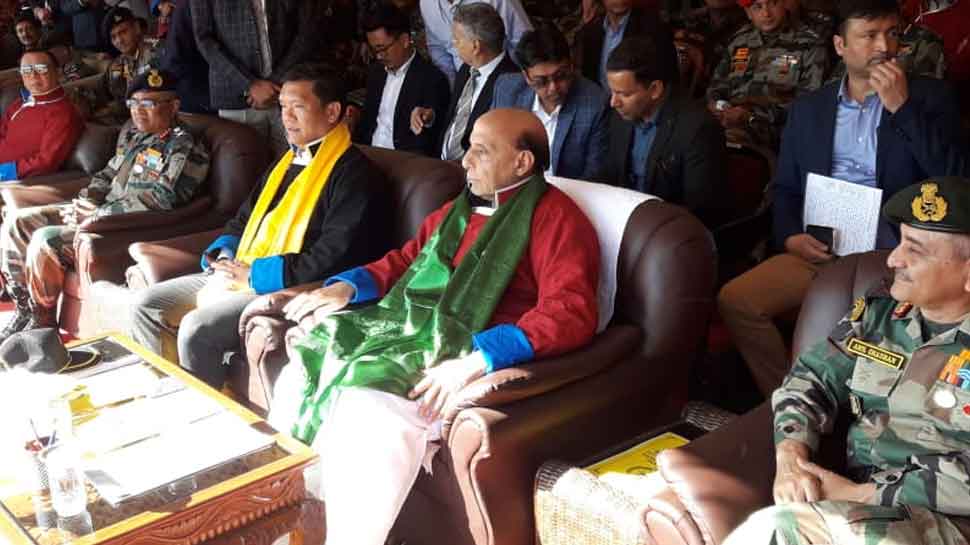 “This festival symbolises the patriotism of the people of the region and their close relationship with the Armed Forces. The civil-military friendship is an assurance that the nation’s borders are doubly safe. He called for oneness among people, civil administration, Police and Central Armed Police Forces to realise the dream of New India,” Singh said.

The two-day socio-military cultural extravaganza is jointly organised by the Indian Army, Tawang civil administration and volunteers at the high-altitude stadium, which stands as a testimony to the spirit of solidarity and patriotic fervour that runs deep amongst the locals of Tawang district.

Singh stressed on government’s planning of setting up of North East Industrial Corridor which will facilitate numerous job opportunities for the people of the region.

“Arunachal Corridor will act as a land bridge between India and South East Asia that will provide employment opportunities and promote tourism. India is marching forward on the path of all-round progress under the leadership of Prime Minister Shri Narendra Modi,” Singh said this during his address at the 11th Maitree Diwas Celebrations.

“Construction of a tunnel at Sela Pass to Tawang, operationalisation of Pasighat Airport, nod to set up Hollongi Airport near Itanagar and work to establish three strategic Railway lines in the region are some of the decisions in that direction. These projects will provide all-weather connectivity to the local population, facilitate the movement of the Armed Forces and give a boost to tourism,” Singh further added.

This apart, he lauded the Five-Year Road Plan of Chief Minister of Arunachal Pradesh Shri Pema Khandu under which all the existing inter-state and inter-district roads will be upgraded to State highway specifications by 2024.