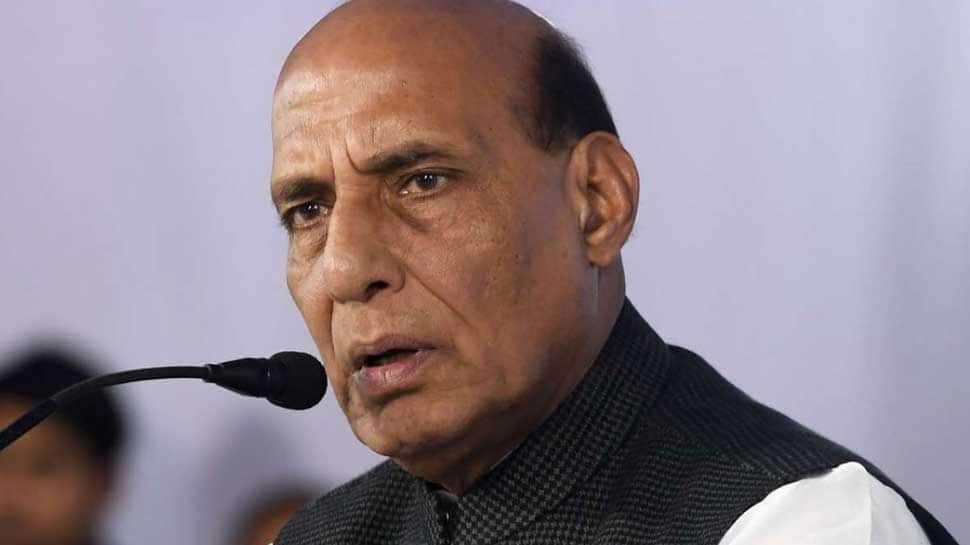 New Delhi: Defence Minister Rajnath Singh on Sunday embarked on a three-day visit to the island nation of Mozambique in southern Africa with an aim to strengthen defence cooperation between the two countries.

"Look forward to deepen and strengthen defence cooperation between India & Mozambique during my visit," he added.

There, Singh is scheduled to hold talks with Mozambique President Filipe Nyusi and Minister of National Defence Atanasio Ntumuke, Foreign Minister and Interior Minister during the visit.

The Union Minister is also expected to sign three Memorandums of Understanding (MoUs) related to defence cooperation with the African nation.

Singh will be accompanied by Defence Secretary Sanjay Mitra and other senior officials of the Ministry of Defence and External Affairs.

The Ministry stressed that bilateral relations between India and Mozambique are seeing further improvement, following the visit of Prime Minister Narendra Modi to the African country in July 2016.