The city's air quality has also deteriorated with the Air Quality Index (AQI) remaining in the 'severe' category for the second consecutive day, according to Central Pollution Control Board (CPCB). 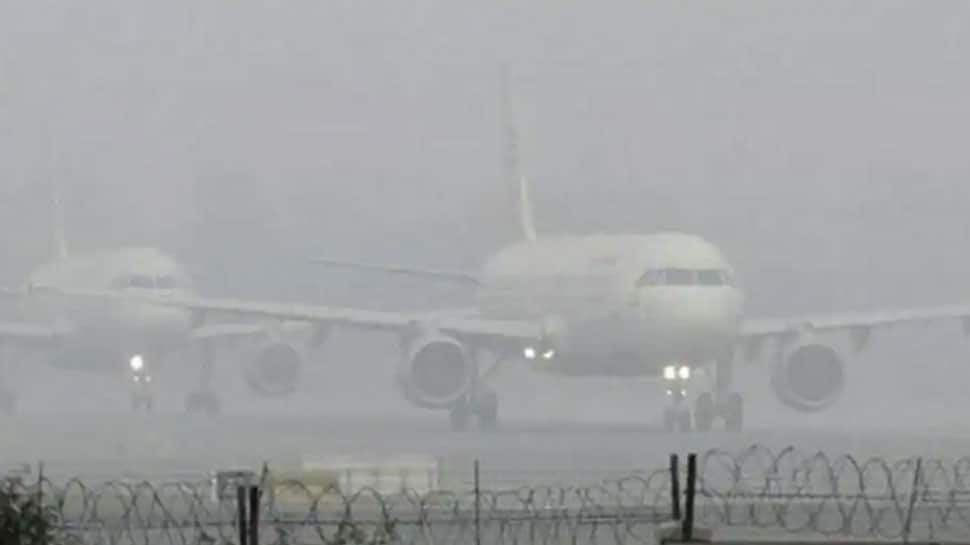 A thick fog blanketed the national capital on Thursday resulting in poor visibility and affecting flight and railway operations.

Earlier in the morning, all departures at Delhi's Indira Gandhi International Airport were put on hold due to the bad weather and fog conditions from 7.30 am but resumed later. At least three flights were also diverted.

Nearly 12 trains on its way to Delhi also got delayed due to the bad weather conditions.

The city's air quality has also deteriorated with the Air Quality Index (AQI) remaining in the 'severe' category for the second consecutive day, according to the Central Pollution Control Board (CPCB). As per the CPCB the overall index was 432 on Thursday at 7 am. According to the CPCB data, the overall air quality index (AQI) in the city on Wednesday was 437, which is in the 'severe' category.

The air quality of the national capital turned severe on Wednesday due to adverse meteorological conditions that remained unfavourable for dispersion of pollutants.

However, Delhiites on Wednesday witnessed some respite from the chill in the air, with the mercury rising a few notches. The minimum temperature rose to settle at 6.5 degrees Celsius, a notch below the normal, while the maximum temperature was recorded at 23.4 degrees, four notches above the season's average, a Met department official said.

According to the Met office forecast, the skies may turn partly cloudy towards the afternoon and evening on Thursday. "There will be low to moderate fog in the morning and haze and smoke thereafter. The maximum and minimum temperatures are expected to hover at around 23 and 5 degrees Celsius respectively," the weatherman said.

In a health advisory, it asked Delhiites not to rely on common dust masks for protection. The agency has advised people to avoid all outdoor activities, including taking walks. "If the room has windows, close them, if the air conditioner provides a fresh air intake option then choose it, avoid burning anything such as wood, candle or even an incense," it said.

SAFAR has also recommended frequent wet mopping and using masks known as N-95 or P-100 respirators for outdoor activities. "Do not rely on dust masks for protection," the advisory stated.

The cold wave is expected to grip the national in the next few days. As temperatures dipped in Delhi and the National Capital Region (NCR), the homeless people, who are the worst sufferers in the chilly weather season, continued to turn towards crowded night shelters in different parts of the city to escape the icy cold winds.

The India Meterological Department (IMD) said that an active western disturbance is likely to cause widespread rain and snow with isolated heavy falls over western Himalayan region and scattered to fairly widespread rainfall with isolated hailstorms over parts of Punjab and Haryana, Chandigarh and Delhi on January 4 and 5.

BJP vs Congress: Storm clouds and thunder to persist over Parliament's Winter Session