According to the Ministry of Earth Sciences' Air Quality Early Warning System for Delhi, an increase was also observed in farm fires in Punjab, Haryana and neighbouring regions of Pakistan, but its impact on the capital's air quality was marginal. 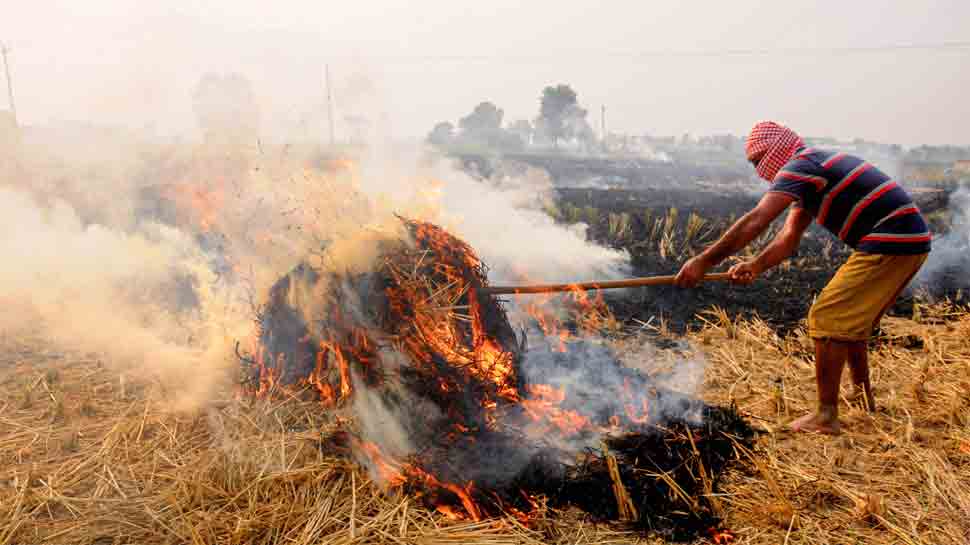 New Delhi: The national capital's air quality was in the 'very poor' category on Wednesday (October 14) as the overall Air Quality Index was recorded at 322 at 7:00 am. The increase in AQI was observed as there was a rise in the concentration of both, PM10 and PM2.5 pollutants.

The rise in the air pollution in the national capital, which hit an eight-month low, is largely due to calm winds and low temperature that allowed accumulation of pollutants. The last time the air quality hit such a poor level was on February 12 when the AQI was 320. It was 261 on Monday, 216 on Sunday and 221 on Saturday.

According to the Ministry of Earth Sciences' Air Quality Early Warning System for Delhi, an increase was also observed in farm fires in Punjab, Haryana and neighbouring regions of Pakistan, but its impact on the capital's air quality was marginal.

VK Soni, a senior scientist at the India Meteorological Department, said the dip in the air quality can be attributed to low wind speed which allowed accumulation of pollutants. "The ventilation index has improved slightly and no drastic change is expected in the AQI," he said.

NASA's satellite imagery showed a large cluster of fires near Amritsar and Firozpur in Punjab, Patiala, Ambala and Kaithal in Haryana.

Around 675 farm fires were observed on Monday around Punjab, Haryana and neighbouring border regions, but the wind direction is not favourable for transport of pollutants. Hence, only marginal contribution in Delhi's PM2.5 concentration is expected, it said.

On Tuesday, the minimum temperature was 19.8 degrees Celsius. During daytime, the maximum wind speed was 12 kmph and the direction was southeasterly, according to the IMD.

Low temperatures and stagnant winds help in accumulation of pollutants near the ground, affecting air quality.

With Delhi-NCR bracing for months of poor air quality, experts have warned that high levels of air pollution can aggravate the COVID-19 pandemic.

Severe air pollution in Delhi is a year-round problem, which can be attributed to unfavourable meteorological conditions, farm fires in neighbouring regions and local sources of pollution.

According to an analysis by the Council on Energy, Environment and Water, a Delhi-based think tank, transportation contributes the most -- 18 to 39 percent -- to Delhi's air pollution. Road dust is the second-largest source of air pollution in the city (18 to 38 percent), followed by industries (2 to 29 percent), thermal power plants (3 to 11 percent) and construction (8 percent).

This year, the Delhi government has launched a massive anti-air pollution campaign -- 'Yuddh Pradushan Ke Viruddh' -- which is being led by Chief Minister Arvind Kejriwal and Environment Minister Gopal Rai.

A 'green war room' with a 10-member expert team has been set up at the Delhi Secretariat to monitor the steps being taken to deal with high levels of air pollution in winters.