After his brief questioning, the ED presented him before the court. 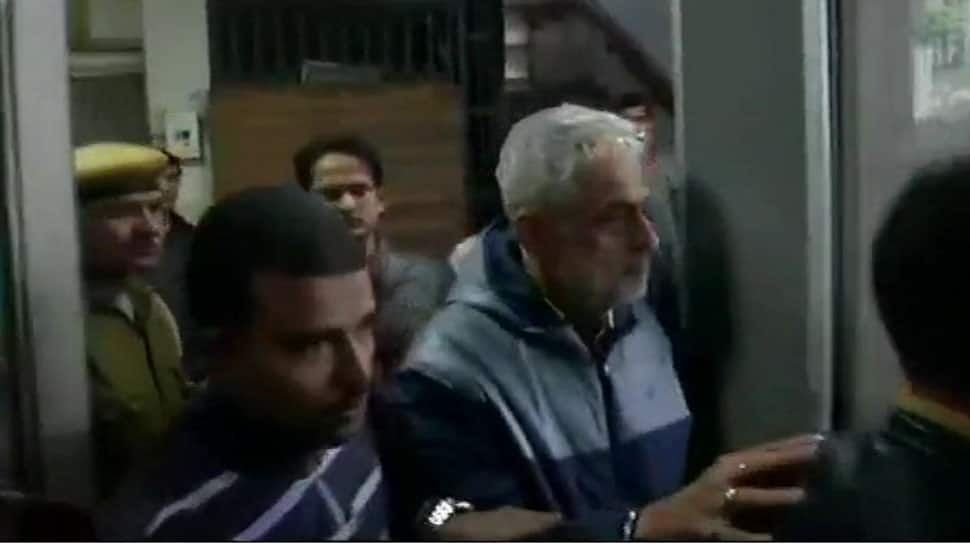 Talwar was presented before Special Judge Santosh Snehi who granted ED to keep him under its custody for seven days to probe charges of money laundering and brokering aviation sector deals in collusion with UPA government, as reported by news agency IANS.

After his brief questioning, the ED presented him before the court.

ED said that Rs 200 crore were allegedly received in one of the bank accounts of a company of Talwar in Singapore and that he is being probed for his suspected role in the irregular seat-sharing on Air India`s profitable routes with some international airlines.

ED told the court that custodial interrogation of the accused is required to ascertain his role in the association with the bilateral air services talks and the inroads made by him to influences the decisions.

ED said that the custodial interrogation of accused will help in identifying the role of other key persons involved in the commission of offence and to determine the modus operandi adopted by the accused persons.

Questioning of Talwar will help the probe agency to find out the exact source of the tainted money and end use of such funds involved in the instant case, ED said.

Talwar is also required for the confrontation with the voluminous incriminating material for bringing the investigation to a logical conclusion, ED told the court.

Talwar had fled to Dubai after the Indian agencies started probing his role in concealing income of more than Rs 1,000 crore as well as facilitating aviation contracts during the UPA regime. He is accused of brokering aviation sector deals, getting government approval in foreign companies, securing favours for clients and having ties with UPA functionaries.

He was extradited here in a special aircraft along with AgustaWestland co-accused Rajiv Saxena. They reached the Indira Gandhi International (IGI) Airport early Thursday.

Sources said a two-member ED team headed by an Inspector General-rank officer and officials of the Ministry of External Affairs and the Research and Analysis Wing (R&AW) accompanied both the accused in the aircraft.

The ED source said that the during the investigation it was found that a company associated with Talwar allegedly received about Rs 200 crore in a Singapore bank account.

He said the transaction may be linked to "bilateral agreements" for seat sharing on Air India`s profitable routes, which later went in favour of some international players.

He said the seat-sharing agreement caused "huge losses" to the loss-making Air India.