Ramani accused Akbar of sexual misconduct, during his time as media presenter, around 20 years ago. 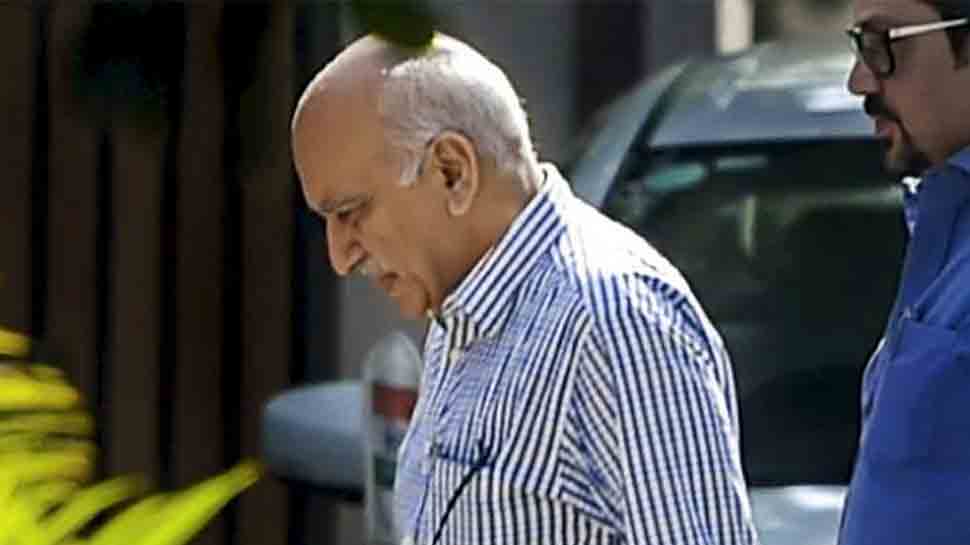 New Delhi: Journalist Priya Ramani, who had last year levelled MeToo allegations against former Union Minister MJ Akbar, will on Monday appear before a Delhi court in connection with the case. Ramani, along with a number of women, had last year in October accused Akbar of sexual misconduct and harassment during his time as a media personality. Following the allegations, Akbar stepped down as the Union Minister and in counter attack, filed a defamation case against the journalist, following which Additional Chief Metropolitan Magistrate Samar Vishal summoned her.

Ramani has accused Akbar of sexual misconduct around 20 years ago. Akbar, who had resigned from the Union Council of Ministers on October 17, 2018, has termed the allegations 'false, fabricated and deeply distressing'.

Akbar's plea listed alleged defamatory imputations made by Ramani on social media and also referred to his "long and illustrious" career as a journalist while terming the allegations of Ramani as a "figment of her imagination".

"Whilst it is apparent that the accused has resorted to a series of maliciously serious allegations which she is diabolically and viciously spreading in media, it is also apparent that false narrative against the complainant (Akbar) is being circulated in a motivated manner for the fulfilment of an agenda," it alleged.

It termed as "scandalous" the allegations made by Ramani and said the "very tone and tenor" are "ex-facie defamatory" and they have not only damaged his goodwill and reputation in his social circle but also affected Akbar's reputation in "the community, friends, family and colleagues" and caused "irreparable loss" and "tremendous distress".

It claimed that the woman journalist, while putting forward the allegations relating to incidents which allegedly occurred 20 years ago, "intentionally put forward malicious, fabricated, and salacious imputations to harm the reputation of the complainant".

"The conduct of the accused person, of not taking any action before any authority, qua the alleged incident against the complainant also clearly belies the sanctity of the article and allegations made by the accused person, which evidently goes on to prove that the said defamatory articles are only a figment of her imagination," it said.

Akbar's name cropped up on the social media when he was in Nigeria, as the #MeToo campaign raged on in India. Multiple women came out with accounts of alleged sexual harassment by him when he was a journalist.

Among other women, who accused Akbar of sexual harassment, is a US-based journalist who claimed that she was assaulted at a Jaipur hotel over 23 years ago, which the former Union Minister labelled as a 'consensual affair'.

In December 2018, following the serious sexual conduct allegations, the Editors Guild of India suspended the membership of MJ Akbar.