Delhi Deputy Chief Minister Manish Sisodia said that we have also issued our report cards which we are showing to people by visiting them door to door. I want BJP-led MCD to release their report card in three days. 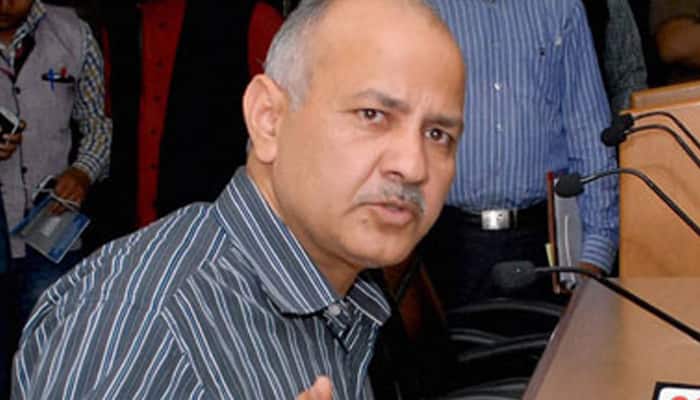 New Delhi: Delhi Deputy Chief Minister Manish Sisodia on Saturday challenged the BJP led Municipal Corporation of Delhi (MCD) to bring out their report card on the work done in the past 12 years in three days.

Speaking at a press conference here, Sisodia said, "We have also issued our report cards which we are showing to people by visiting them door to door. I want BJP-led MCD to release their report card in three days."

"I know you will not be able to do that because in your report card there will be corruption. But still, I ask BJP`s MCD to bring out their report card within 3 days. If not then we will tell the people about your report card," he said.

Sisodia said, "every citizen visits Mohalla clinics, but the situation in the dispensaries of BJP`s MCD is very bad. The MCD has not worked on cleaning garbage in the city. They have not been paying their employees, teachers, and doctors. The Delhi government has given them maximum money but still, they have not paid their employees. They have become a hub of corruption and their leaders even earn from street vendors by taking money from them."

"They have not built any roads. The roads were built from MLA funds and Chief Minister`s funds," the Minister said. "So the BJP`s MCD which is in power for 12 years has not worked. Our government is here for 5 years and you can make a comparison between us and them regarding who is better," he said.

"I urge citizens of Delhi not to vote the BJP in the coming assembly elections because if that happens then the BJP will turn the Delhi government like their MCDs," he added.