Recently, Qureshi was allowed by a trial court to travel to the UAE from February 15-23 for attending the Gulf Food Festival and to Pakistan from March 6-20 to attend his niece's wedding. 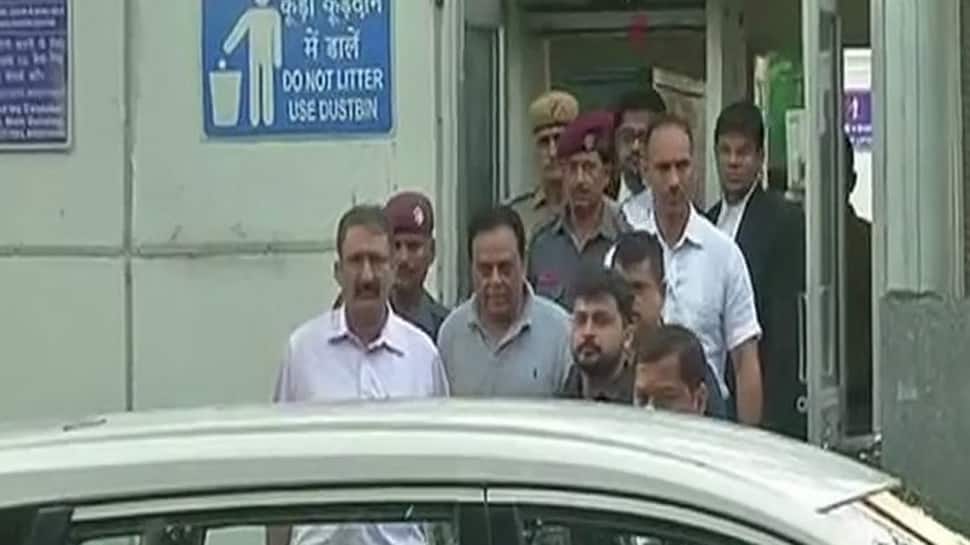 New Delhi: The Delhi High Court on Monday issued a notice to controversial meat exporter Moin Akhtar Qureshi on a CBI plea to enhance the security amount he has to pay to travel abroad.

Justice Chander Shekhar sought the response of Qureshi on the agency's plea seeking to enhance of security from Rs 2 crore to Rs 6 crore which Qureshi, accused in a cheating and corruption case, has been asked to furnish before travelling to the UAE and Pakistan.

Recently, Qureshi was allowed by a trial court to travel to the UAE from February 15-23 for attending the Gulf Food Festival and to Pakistan from March 6-20 to attend his niece's wedding.

The court had also directed him to furnish additional security of Rs 2 crore in the form of bank guarantee and warned that in case of violation of any of the conditions imposed, the amount would be forfeited.

The CBI has moved the high court urging that the security amount be raised from Rs 2 crore to Rs 6 crore on the grounds that earlier the trial court had permitted a co-accused to go abroad on furnishing FDR or bank guarantee for Rs 6 crore.

The probe agency has claimed that the trial court order was "non-speaking".

In a 'non-speaking' order, the reasons are not given. The ED and CBI had opposed before the lower court Qureshi's plea to travel abroad on the apprehension that he may not return to face the trial.

The trial court had said it was not disputed that the accused has travelled abroad in the past on many occasions with the permission of the court and except for the "apprehension" of the ED and the CBI that Qureshi may not return to face the trial or join investigation, there is "no serious contest" to his applications.

The court had in 2017 granted him bail in a case in which the ED had alleged that Qureshi was involved in hawala transactions through Delhi-based hawala operators Parvez Ali of Turkman Gate and M/s South Delhi Money Changer (DAMINI) in Greater Kailash-1.

The ED has challenged the bail order in the high court which is pending. The CBI had lodged a case against him after the ED and Income Tax department's probe into money laundering allegations against Qureshi, in which ongoing investigations have allegedly revealed the involvement of senior public servants.

The probe agency had earlier alleged that money has been sent abroad by the accused from one of the witnesses in the investigation through hawala channels in exchange for the help provided to him in a CBI case.