The Delhi High Court also perused the status reports on inquiry conducted over allegations of procuring and hoarding medical oxygen made against AAP MLAs Priti Tomar and Praveen Kumar. 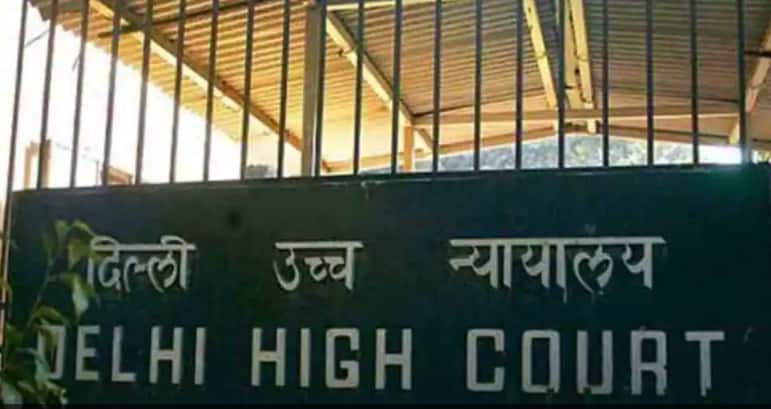 New Delhi: "You can't take us for a ride. If you think we are so gullible, so naive, we are not," the Delhi High Court told the drug controller on Monday for not properly examining how BJP MP Gautam Gambhir procured a huge quantity of COVID-19 drug Fabiflu and said people's tendency to appear as saviours have to be denounced.

The high court said its confidence in the drug controller has "shaken completely" and rejected as "trash" its status report on inquiry into procurement of the medicine by the cricketer-turned-politician Gambhir. "There is a fundamental error of approach. The manner in which you have conducted the investigation is questionable," it said.

The high court took strong exception to the drug controller's report, which concluded that the dealers had ample stock to supply to others, and said everyone knows that the medicine was in short supply and while Gambhir bought thousands of strips of the medicine, other people who needed it could not get it on that day.

"Please don't tell us there is no shortage. We know there was a shortage. You don't have to swallow the report. You have to question your officers. You (drug controller) are wrong to say it was not in short supply. You want us to shut our eyes. You think you would get away with this."

"You better do your job. If you can't do your job, tell us, we will have you suspended and let someone else do your job," a bench of Justices Vipin Sanghi and Jasmeet Singh said. The bench also pulled up Gambhir again making a statement that he will continue to do such work.

"We have already said it is malpractice. This tendency of people trying to take advantage and then trying to appear as a saviour when they themselves created the problem, has to be denounced. And then the person goes on to state he would do it again. If it continues, we know how to deal with it," the bench said.

"Thousands of strips he is obtaining. On the day people needed it, they were not able to buy it. Time was of essence. He bought more than what is required. How is it that the dealer has sold it to a foundation," it asked while pointing out that 285 strips are lying unused.

The court also perused the status reports on inquiry conducted over allegations of procuring and hoarding medical oxygen made against AAP MLAs Priti Tomar and Praveen Kumar.

While the court accepted the report filed with regard to allegations against Tomar, it rejected the status reports filed regarding Gambhir and Kumar, calling them "trash" and granted three days' time to the drug controller of the Delhi government to file better reports and listed the case for hearing on June 3.

"Our confidence in you (drug controller) has shaken completely. Let's be very clear about this. Now it is upto you to build that confidence again or not," it said.

The high court was hearing a PIL seeking lodging of an FIR on the allegations that politicians are able to procure in huge quantities and distribute COVID-19 medicines even as patients were running from pillar to post to get them. An application was also filed in the pending petition making allegations against Tomar and Kumar.

Advocate Nandita Rao, representing the drug controller, said Gambhir through his Gautam Gambhir Foundation (GGF) had organised a medical camp from 22 April to May 7 with the help of Sanjay Garg Hospital and that there was no prescription but a request letter of the hospital was sent to the foundation.

She said the letter is towards acceptance of free medical camp and based on the letter of April 19, Gambhir made a purchase order from the licensed dealer and the medicine was taken from dealers and not from retailers.

"Here is a man who is hoarding thousands of strips of medicine. He is interrupting the flow of medicines... Place before us the relevant rules that govern the dealer and sale. This is the inquiry we wanted you to conduct and not say that so many lives have been saved," the court said.

The court questioned how could such a large stock of drug, that is, 2,628 strips of Fabiflu be given to a foundation which is neither a medical practitioner nor has a licence and added, "we dare say it is not permissible".

Amicus curiae and senior advocate Rajshekhar Rao said if the procurement of drug was based on a letter citing its requirement, on what basis it was assessed and that this was the peak of the COVID-19 second wave period and it was supplied over a period of time from several camps.

Advocate Virag Gupta, representing petitioner Deepak Singh, contended there was the hoarding of medicines and the authorities have booked thousands of common persons for not wearing masks but when it comes to VIPs, they call it a technical violation.
He claimed there was a discrepancy in the reports filed by the police and the Drug Controller regarding the location from where the medicines were distributed by GGF.

Advocate Satya Ranjan, representing applicant Vedansh Anand who has leveled allegations against the two MLAs, said as claimed, there could not have been any supply of oxygen from Bhatinda in view of an administrative order barring supply to any industry or individual.

While accepting the status report regarding the supply of five oxygen cylinders by MLA Tomar to a hospital, the court said, "here there is a hospital with infants on ventilator and they made a call to the ex-MLA (Priti Tomar's husband Jitendra Tomar). This is not a case of breach of law in that sense. Cylinders were of the hospital... Let's not unnecessarily victimise someone who has tried to help. There is no illegality."