A surge in viral fever cases has been reported amongst children in various hospitals of Noida and Delhi. 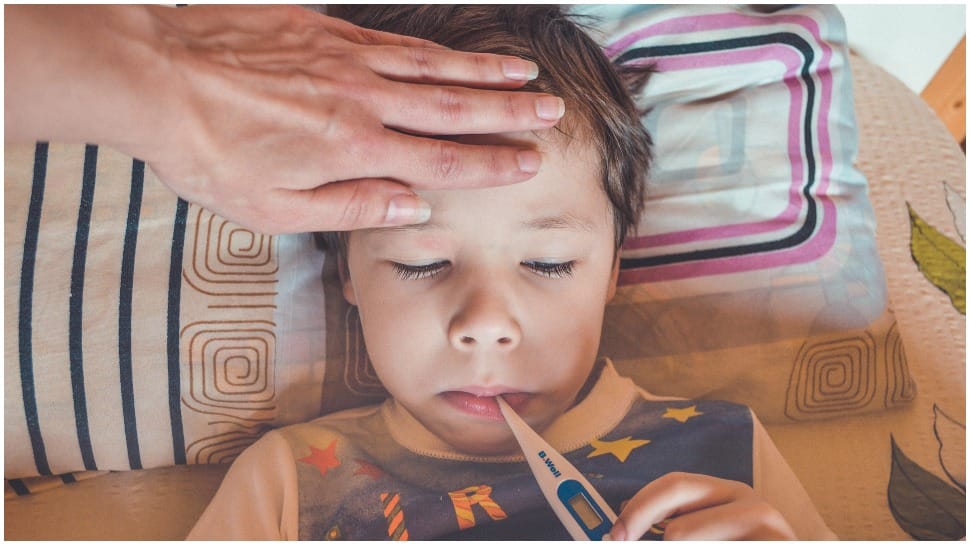 It seems the Delhi-NCR area is going to take some more time to come out of the clutches of various diseases. The region has not yet come to terms with the losses due to the Covid pandemic and now new diseases have started rearing heads.

A surge in viral cases has been reported amongst children in various hospitals of Noida. More than 50 per cent of cases in Out Patient Department (OPDs) are of viral fever in Children. The number of children affected with viral fever is also rising in hospitals in the national capital.

"50-55 per cent of patients are complaining about fever. Our institution has been seeing 5-7 dengue cases per day in the OPD. It’s seasonal fever that happens every year," said Dr Jyotsna Madan, Acting Director, Child PGI, Noida.

"We are in midst of an outbreak of viral fevers. We are getting a lot of viral fever cases in children. Almost 25 per cent of our OPDs consist of children coming down with fever commonly with symptoms like cold, cough and fever. There are simple virals and in few cases of H3N2 which is a form of swine flu we are also getting that," said Dr Nitin Verma, Director, General Pediatrics, Madhukar Rainbow Children Hospital.

However, Scrub typhus, the mysterious fever in Uttar Pradesh, has claimed many lives so far, 40 of which are children, according to the government data. Recently, a central team visited Firozabad district and observed that the majority of cases are due to dengue, while a few are because of Scrub Typhus and Leptospirosis.

Vector Indices were found to be high with House Index and Container Index, both above 50 per cent. NCDC has deputed two EIS officers in the district for a period of the next 14 days and they will assist the district in strengthening its outbreak response.

Dispute between Amarinder Singh and Navjot Singh Sidhu would be good for Congress, says Harish Rawat