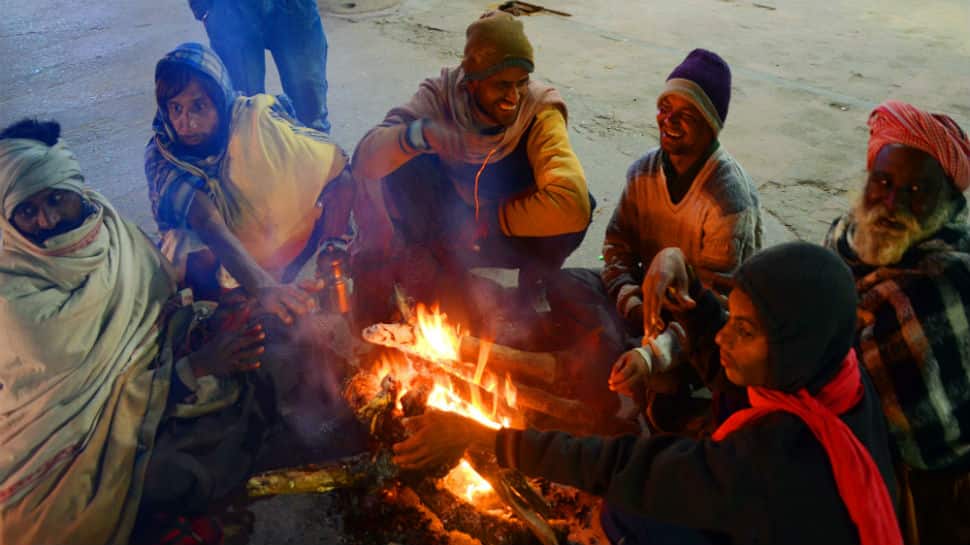 Moderate fog shrouds Delhi on Thursday with visibility between 350 to 500 metre.

However, according to Skymet Weather, afternoons are expected to be comfortable and maximum temperatures would start increasing gradually but would continue to settle below the average temperatures.

For the last two consecutive days, maximum temperatures have been hovering around 12 degrees Celsius mark, leading to severe cold conditions. These conditions are declared when day's maximum in plains settle below 16 degrees Celsius.

As temperatures dipped in the city, the homeless turned towards night shelters to survive the chilly winter. Popularly known as Rain Baseras, the night shelter homes are government-supported, where the homeless can spend winter nights.

The neighbouring Noida, Ghaziabad, Faridabad and Gurugram are also under the grip of a cold spate. Schools in Ghaziabad and Noida have been shut on Thursday and Friday due to the cold weather.

Similarly, the schools and colleges in Gwalior (Madhya Pradesh) will also remain shut for the next seven days due to cold wave.

Growing consensus on dangers of cross-border terror between India and US: Jaishankar