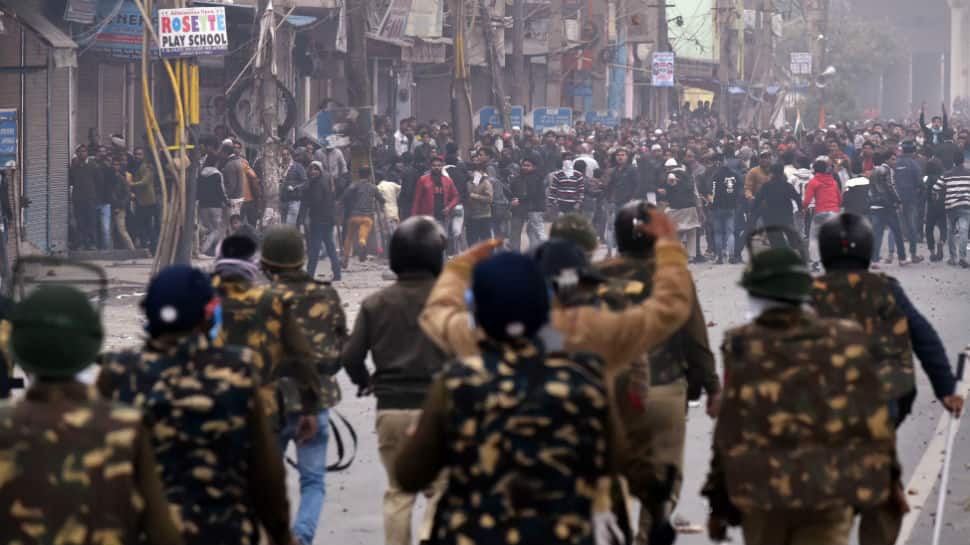 New Delhi: The Delhi Police has arrested six people in connection with the violence in Seelampur area on Tuesday. The arrests were made on Wednesday morning. Raids are also being conducted to apprehend some other people who have also been identified.

Some miscreants attacked a school bus, pelted stones and targeted the passers-by in the area. The angry mob also pelted stones at the northeast Delhi DCP office, set ablaze the vehicles in the parking lot of Jafrabad police station, two police booths and three other vehicles.

Alok Kumar, Joint Commissioner of Police, earlier said that five persons were detained. He added that no lathicharge was done by the police and only tear gas shells were used.

"The situation in Seelampur area is under control now. I appeal to the people of Delhi to maintain peace and pay no heed to the rumours or false information being spread on social media," Delhi Police's Public Relations Officer (PRO) MS Randhawa said.

"We are taking CCTV footage from the areas where any incident is taking place. Video recording is also being done. None of the people involved in such incidents will be spared," he added.

Protesters had gathered around 1:15 pm in Jafrabad area and marched towards Seelampur. The police had to fire tear gas shells to control the situation. The vehicular movement on the 66-feet road, which connects Seelampur with Jafrabad, was also closed due to the violent clashes.