The Delhi Police has prepared a dossier on Maulana Saad Kandhalvi, the chief of the Islamic group Tablighi Jamaat, who has been booked in connection with a religious congregation that was held at Delhi's Nizamuddin Markaz, without permission from authorities. 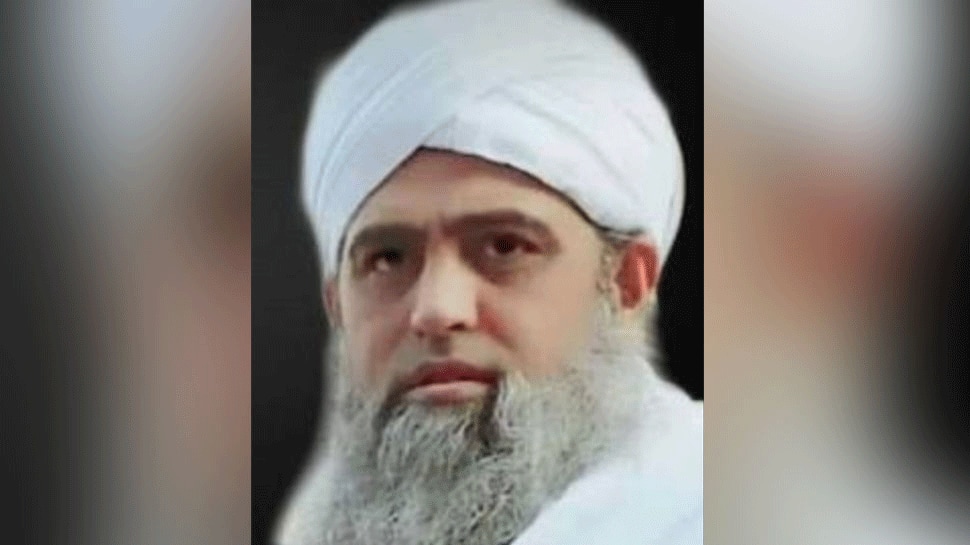 New Delhi: The Delhi Police has prepared a dossier on Maulana Saad Kandhalvi, the chief of the Islamic group Tablighi Jamaat, who has been booked in connection with a religious congregation that was held at Delhi's Nizamuddin Markaz, without permission from authorities. Along with Maulana Saad, the dossier includes names of his close relatives including his three sons and a few senior members of Delhi's Nizamuddin Markaz.

The dossier includes information like Maulana Saad arrives at the Nizamuddin Markaz every morning at 8 am and stays there till 2 pm. Thereafter, he leaves for his home where he stays for 2 hours. At around 4 pm, he arrives back at the Markaz and stays there till 10 pm.

Maulana Saad's three sons who have also been named in the dossier are:

According to the police, Saad's three sons and his nephew Owais, who also enjoys a key position at the Markaz, are liable for the financial accounts of the Tablighi Jamaat. The investigating company suspects that Maulana Saad has collected assets and properties worth Rs 2 crore from international funding. The recent raid by the Crime Branch team on Saad's Kandhala (Shamli) farmhouse was conducted in a bid to recover documents related to the funding of his properties.

Maulana Abdul Rahman, who stays in a six-storey building in Zakir Nagar West, is also believed to be one of the closest relatives of Saad. Initially, the police believed that Saad, after being booked for holding the congregation, was hiding at Rahman's place.

Details of Saad's funding and assets:

According to the police, Saad's finances are controlled by his sons and his two close aides, Haji Mohammad Yunus and Maulana Mufti Shehzad.

Haji Mohammad Yunus: A Mustafabad resident, he is responsible for the security and transportation of the Markaz. He also supervises the staff and oversees the guest entries at the Markaz.

Maulana Mufti Shehzad: A Zakir Nagar resident, he has also been named in the FIR along with Maulana Saad by the Delhi Police. He is responsible for keeping an eye on the members of the administrative committee at the Markaz.

According to the police, at least 849 foreigners attended the religious congregation of Tablighi Jamaat at Nizamuddin Markaz this year. Later, many of these went to their relatives living in different parts of the country, to raise fund. While several of them have been arrested by the police, some are still on the run and are yet to be nabbed.

Lens on 11 bank accounts linked to Markaz and Saad's relatives:

The Crime Branch is also monitoring the movement of at least 11 relatives and close aides of Saad and are also tracking their mobile phones. The agency suspects that Maulana Saad could in touch with them. In addition, 11 bank accounts linked to Saad and Tablighi Jamaat are also under the radar. An investigation revealed that transaction of crores of rupees has taken place in these accounts.

The quarantine period of Maulana Saad is over and the Crime Branch of Delhi Police is keen to record his statement in connection with a religious congregation that was held at Delhi's Nizamuddin Markaz, without permission from authorities.

The cleric along with seven others has been booked on a complaint at the city's Nizamuddin police station for holding the congregation in alleged violation of the orders against large gatherings to contain the spread of the novel coronavirus. Indian Penal Code section 304 (culpable homicide not amounting to murder) is among the sections they have been booked, and the complaint was lodged by the Nizamuddin Station House Officer.

Saad has also been booked by the Enforcement Directorate in a money laundering case. As per sources, Saad is likely to be arrested after the federal probe agency sleuths record his statement.

Meanwhile, several people who attended the event in March and travelled across the country tested positive for the coronavirus, and the Nizamuddin area where the gathering was held was declared a COVID-19 hotspot.

In an audio message released earlier this month, he had said he was exercising self-quarantine after several hundred who visited the congregation at Nizamuddin Markaz tested positive for the coronavirus.