The oxygen concentrators had been imported from China by a company. 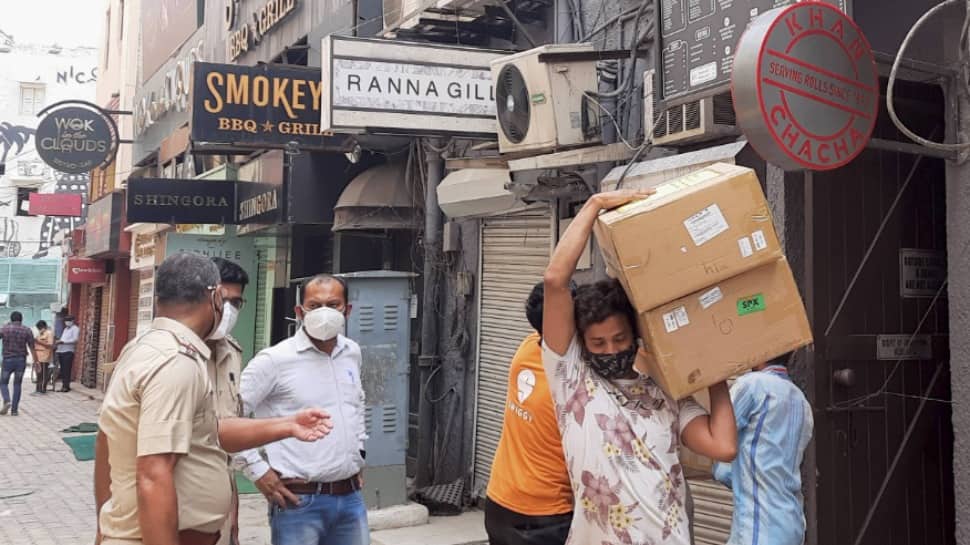 This comes a day after Delhi Police recovered 419 oxygen concentrators from a restaurant-cum-bar in south Delhi's Lodhi Colony area and arrested four men -- Gaurav, Satish Sethi, Vikrant and Hitesh for hoarding and black-marketing the equipment.

The accused were produced in a court which granted one-day police custody, a senior police officer said.

Navneet Kalra is the owner of all three restaurants. His mobile phone is switched off and he is absconding, the police said.

They had been importing the oxygen concentrators since October last year and when the demand increased in February this year, more such machines were imported and stored at different restaurants, he said.

The accused were selling these machines through online portals and messages were also being circulated on WhatsApp, he added.

Matrix Cellular is one of the companies which was involved in importing the machines. CEO of Matrix Cellular Services Ltd Gourav Khanna (47), a resident of Gurgaon Sector-54, has been arrested in connection with the case, Thakur said.

The company recently received a consignment of 650 concentrators, of which 524 have been recovered, the Delhi Police said.

Earlier, the police had said that Nege Ju Restaurant and Bar in Lodhi Colony's central market was found open on Wednesday.

A man was found working on a laptop at the restaurant. Later, it was found that he was taking online orders for oxygen concentrators, the police had said.

During the search of the restaurant, 32 boxes of oxygen concentrators, one box of a thermal scanner and another box containing N 95 masks were recovered.

A case was registered and four persons were arrested, the police had said.

During interrogation, the accused revealed that they had a warehouse in Chhatarpur. A search was conducted and 387 more units of oxygen concentrators, which were being sold at exorbitant prices in the black market, were recovered from the warehouse. The warehouse, which was located in a farmhouse, was being operated by Matrix Cellular company, the police had said.

Invoices of these oxygen concentrators were recovered. MRP stickers displaying a price of Rs 69,999 per concentrator were also recovered, they had said.