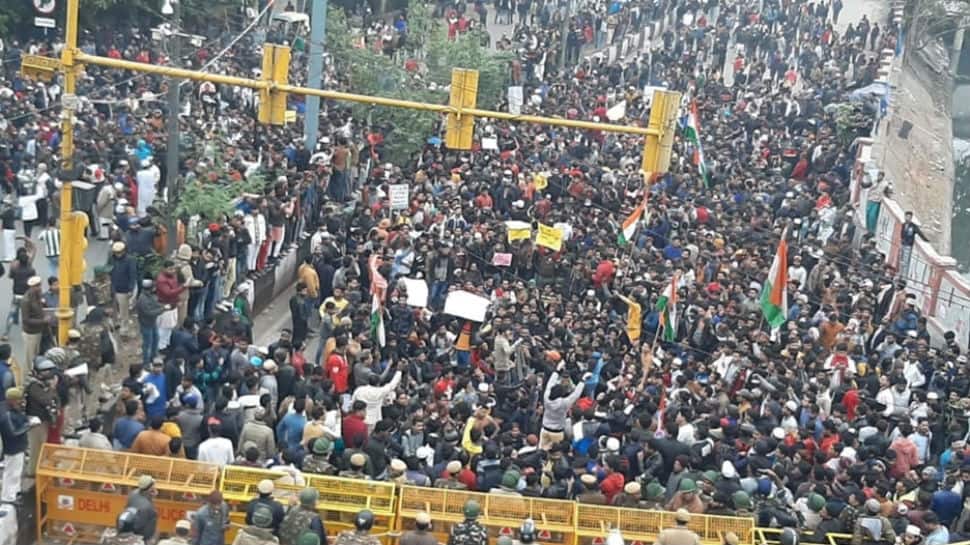 New Delhi: In the wake of violence in Jamia Nagar and Saleempur area of New Delhi against the Citizenship Amendment Act (CAA), the Ministry of Home Affairs (MHA) has issued orders to take preventive steps in case of any further protests. According to sources, protests are likely to be held in Seelampur and Jafrabad again and also in Gonda and Nandnagri. Hence, the MHA has asked Delhi Police to keep a close watch on the agitators. Drones and cameras will be used to record videos of the protests and necessary action will be taken. The miscreants can also be taken into preventive detention if necessary, the sources added.

The intelligence agencies, too, are keeping a track of the activities of people with criminal background in the areas.

The Home Secretary had on Tuesday evening called a meeting with Delhi Police Commissioner and IB chief over the current scenario in the national capital.

Delhi has witnessed massive violence over CAA in the past three days. On Sunday, agitators set ablaze three DTC buses, vandalised public property in protest against the amended Act in New Friends Colony area of south Delhi. The agitation turned violent after clashes erupted between the police and protesters in Jamia Millia Islamia University over the Act. The protests continued till Monday and a day later, on Tuesday, the anti-CAA outrage hit Seelampur and Jafradbad areas of north east Delhi.

Some miscreants attacked a school bus, pelted stones and targeted the passers-by in the area. The angry mob also pelted stones at the northeast Delhi DCP office, set ablaze the vehicles in the parking lot of Jafrabad police station, two police booths and three other vehicles. The violence forced police to use tear gas shells to disperse the mob.

The CAA grants citizenship to non-Muslims of Pakistan, Afghanistan and Bangladesh who fled religious persecution and arrived in India until December 31, 2014.

Delhi Chief Minister Arvind Kejriwal and Prime Minister Narendra Modi have appealed to the people to maintain peace and tranquillity.