Barricades were put up at several locations in Delhi as a part of high-security measures to avoid any terror strike or untoward incident. 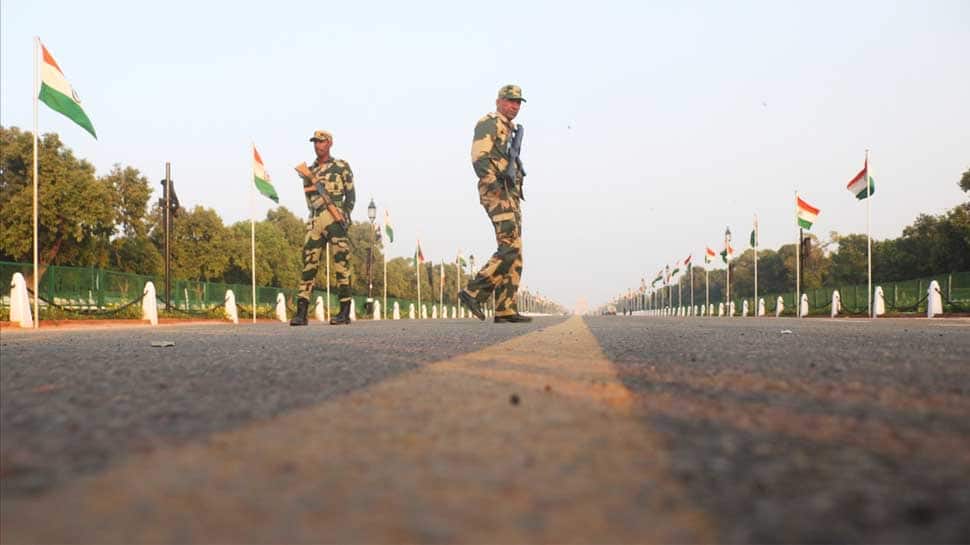 NEW DELHI: The national capital turned into a fortress with 70th Republic Day celebrations underway on Saturday. Over 25,000 security personnel, from the Delhi Police and central security forces, were deployed across the city and the border areas.

As a part of multi-layered high-security measures to avoid any terror strike or untoward incident, barricades were put up at several locations in Delhi.

Mobile hit teams, anti-aircraft guns and sharpshooters have also been deployed to keep a watch on the eight-km-long parade route from Rajpath to the Red Fort, besides the nearby localities.

Thirty-six women commandos of the Delhi Police's Special Weapons And Tactics (SWAT) unit, who were formally inducted in August last year, will also be part of the security arrangements.

Parakram vans, that are manned by NSG-trained commandos, have been patrolling strategic locations to ensure that security is not jeopardised. Snipers have been stationed atop high-rise buildings while scores of CCTV cameras are keeping a tight vigil on people's movements on the parade route.

Elaborate air defence measures, including deployment of anti-aircraft guns, have also been put in place to secure the airspace.The police are also using counter-drone technology to thwart any attack or identify any suspicious flying object, a senior police officer said.

Strict traffic arrangements and restrictions have also been put in place across the city for smooth conduct of the Republic Day parade between Vijay Chowk and Red Fort Grounds, traffic police officials said Friday.

Metro services will be available for commuters at all stations on Republic Day, but there will be no boarding and de-boarding at Central Secretariat and Udyog Bhawan stations from 5 am till 12 noon.

Boarding and de-boarding will not be allowed between 8.45 am to 12 pm at Lok Kalyan Marg (Race Course) and Patel Chowk metro stations, they said.