The Supreme Court on Saturday had termed the rise in pollution levels in Delhi an "emergency situation" and had suggested clamping a lockdown. 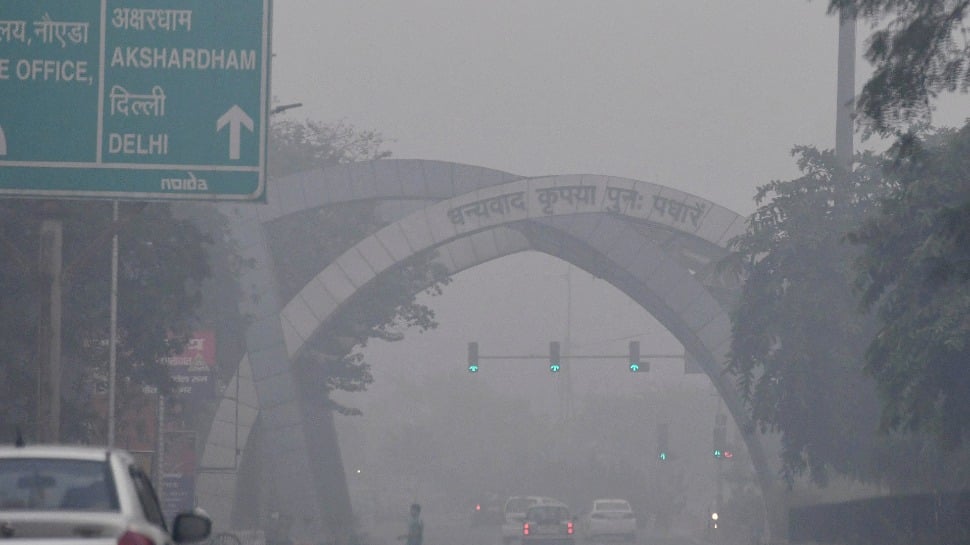 While the AQI in Delhi University's North Campus area was at 333, the Mathura road reported an AQI of 329. Pusa road recorded an AQI of 313 and IIT Delhi of 302.

Delhi recorded a 24-hour average air quality index (AQI) of 330 on Sunday as against 437 the previous day as emissions from farm fires in Haryana and Punjab dropped significantly.

Over 3,400 farm fires accounted for 12 per cent of Delhi's PM2.5 pollution on Sunday, down from 31 per cent on Saturday. The share of stubble burning in Delhi's pollution ranged from 25 per cent to 48 per cent from November 4 to November 13.

Meanwhile, Delhi's Environment Minister Gopal Rai has said that his government will submit a lockdown proposal to the Supreme Court on Monday to reduce pollution further. The apex court on Saturday had termed the rise in pollution levels an "emergency situation" and had suggested clamping a lockdown in the national capital.

All government offices, agencies and autonomous bodies, except those involved in essential services, have been directed to ask employees to work from home. No construction and demolition activity is allowed in the capital till November 17.

The air quality, however, is expected to deteriorate from Tuesday due to calm wind conditions.