On December 21, a Delhi court sent 11 people to 14 days judicial custody in connection with the protests against the CAA and the NRCin Seemapuri area of north east Delhi. 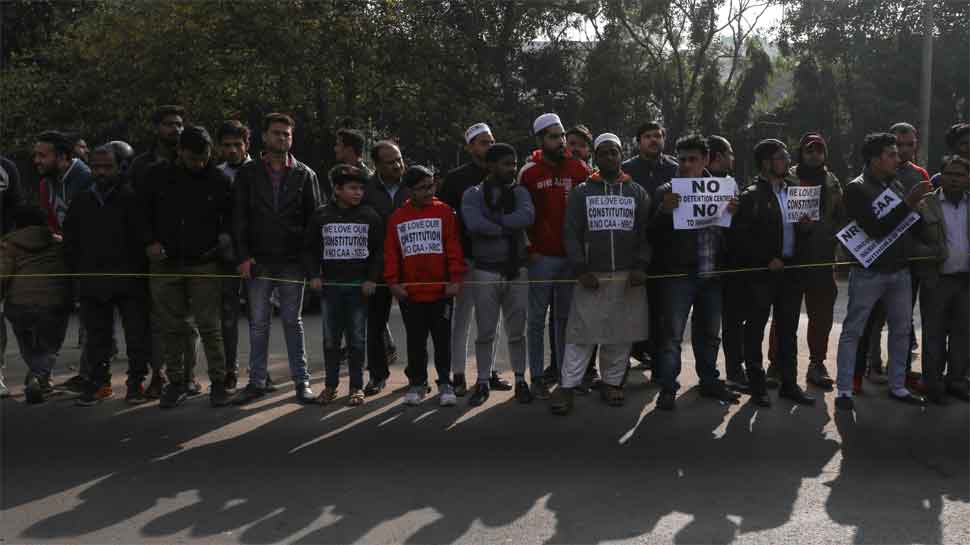 New Delhi: A Delhi court will hear the bail plea of ten accused in Seemapuri violence case on Saturday (December 28). The court also allowed the Delhi Police to carry out the bone ossification test of one of the accused who claimed to be a juvenile.

Earlier, one of the accused, who claimed that he is a minor, moved a bail petition in the court. After the submission of the bail application, the court directed the Investigation Officer to keep him the accused separately and posted the matter for further hearing on December 27.

On December 21, a Delhi court sent 11 people to 14 days judicial custody in connection with the protests against the Citizenship (Amendment) Act and the National Register of Citizens (NRC) in Seemapuri area of North East Delhi. Metropolitan Magistrate Mayank Mittal at Delhi`s Karkardooma court directed that the winter clothes should be provided to the accused.

The court also asked for the medicolegal case (MLC) of the accused to be reconducted.

The protest against the newly-amended citizenship law had turned violent in the area on December 20, following which several people were detained and arrested. During the course of proceedings, Nitya Rama Krishna, who appeared for the accused, said that three of them have serious injuries and claimed that "no prima facia case can be made out against them". She submitted that the FIR does not disclose how the accused were charged under Section 307 (attempt to murder) of the Indian Penal Code.

The police, however, asserted that the arrested people were the part of "unruly crowd" and there was a 'serious threat to peace and tranquillity'.

The police claimed that they had to intervene and arrest the eleven accused after they damaged public property and pelted stones at them.

It said that a police officer also sustained an injury and it is the reason why Section 307 was invoked.

Protests and agitations have intensified in several parts of the country after the Parliament gave nod to the Citizenship (Amendment) Bill, 2019, which became an Act after getting assent from President Ram Nath Kovind.

Protesters are demanding the scrapping of the Act, which seeks to grant citizenship to Hindus, Sikhs, Jains, Parsis, Buddhists, and Christians, fleeing religious persecution from Pakistan, Afghanistan, and Bangladesh, who came to India.