Led by the Congress, some other opposition parties have also demanded that they must be allowed by the government to visit Jammu and Kashmir. 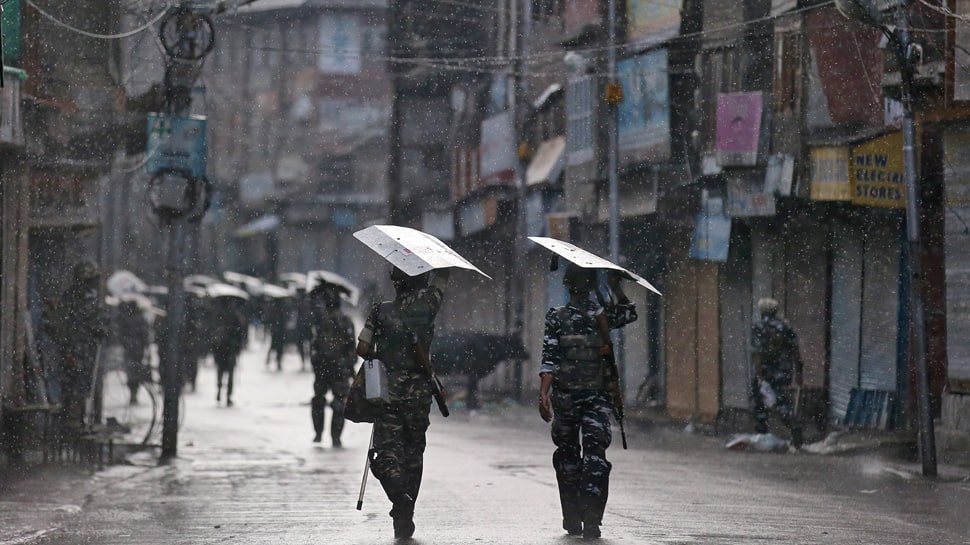 After Congress leader Rahul Gandhi accepted an “invitation” by Governor Satya Pal Malik to visit Jammu and Kashmir, which is in a state of lockdown in the wake of abrogation of Article 370, the demand seems to be growing for an all-party delegation visiting the region.

Led by the Congress, some other opposition parties have also demanded that they must be allowed by Prime Minister Narendra Modi-led central government to visit Jammu and Kashmir.

Soon after the former Congress chief took to microblogging site Twitter, saying that he would take up the “gracious invitation” by Governor Malik to visit Jammu and Kashmir and Ladakh, a statement was released by the Governor’s office saying “Rahul Gandhi was responding to fake news possibly spread from across the border”.

Referring the Gandhi scion’s demand to visit the region to the local police and administration, the Governor’s office said that a delegation of opposition leaders visiting Jammu and Kashmir would “create further unrest and problems for the common people”.

CPM leader Sitaram Yechury on Tuesday backed the Congress leader over the issue even as he targeted the government over the alleged ban on leaders of opposition parties visiting the region. Reacting to the statement, Yechury said that it is “highly irresponsible and undemocratic” for him to allege that “opposition leaders would cause unrest”.

Taking to microblogging site Twitter, the CPM leader said, “Highly irresponsible & undemocratic of the Governor to allege opposition leaders will cause unrest. He represents a Central govt, scared of political opposition, using dictatorial methods to detain them or stop them from visiting Kashmir. If everything is normal, why this ban?”

The Congress party also rallied behind its former president, with senior leaders like Anand Sharma, Tariq Anwar and Shashi Tharoor reiterating the demand for an all-party delegation’s visit to Jammu and Kashmir.

The row was triggered after Governor Malik said in an interview that he would send an aircraft for Rahul Gandhi if the latter wished to see for himself the situation in Jammu and Kashmir.

Responding to it, the Gandhi scion had tweeted, “Dear Governor Malik, A delegation of opposition leaders & I will take you up on your gracious invitation to visit J&K and Ladakh. We won’t need an aircraft but please ensure us the freedom to travel & meet the people, mainstream leaders and our soldiers stationed over there.”