With some places in Patna inundated following the floods, the threat of a dengue epidemic looms large over the region. In the state capital, which was worst-affected by the heavy downpour, at least 1,410 patients have been tested positive for dengue. 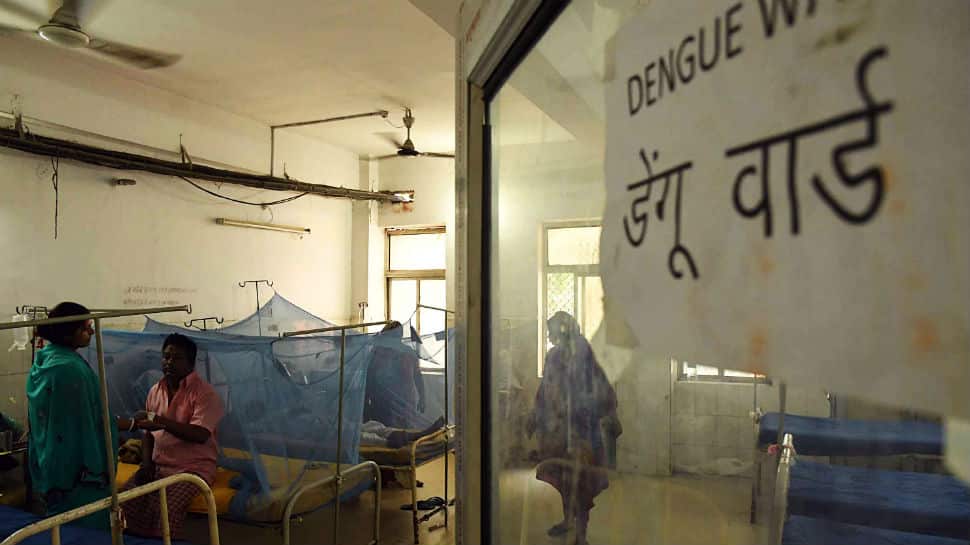 New Delhi: The outbreak of dengue has caused an alarm in Bihar post the devastating floods with 1,923 being treated for the disease across the state so far. With some places in Patna inundated following the floods, the threat of a dengue epidemic looms large over the region. In the state capital, which was worst-affected by the heavy downpour, at least 1,410 patients have been tested positive for dengue.

Low-lying areas like Kankarbagh, Gardani Bagh, Dak Bungalow and SK Puri have also been affected severely. The areas were submerged in water due to heavy rainfall and choked sewage.

There is an outbreak of another mosquito-borne disease chikungunya in Bihar due to persistent water-logging. The latest data reveals that 150 people are suffering from chikungunya across the state, out of which 140 cases have been reported from Patna alone.

On Monday, Chief Minister Nitish Kumar called for a high-level meeting to discuss the situation in Patna after the floods. He ordered a four-member committee to be formed to find out the lapses behind water-logging in the capital and submit a report within a month.

The Chief Minister also laid stress on cleaning of drains in other cities of the state as well.

Several officials were suspended, salaries of some have been withheld and some have been served with show-cause notices for failing to perform their duties during water-logging in Patna.

"We had initiated an inquiry into the water-logging in Patna to find out who were responsible for the incident. We found that pumps were not started on time at some places and the sewers were not cleaned on time. Accordingly, we have taken appropriate action," Bihar Chief Secretary Deepak Kumar said.

Meanwhile, last week, Union Minister Ravi Shankar Prasad visited a hospital in Patna to check the preparedness. He said that Centre and state are working together to control the outbreak of diseases.

Floods in Bihar claimed over 73 lives and 17.09 lakh were affected due to the calamity.