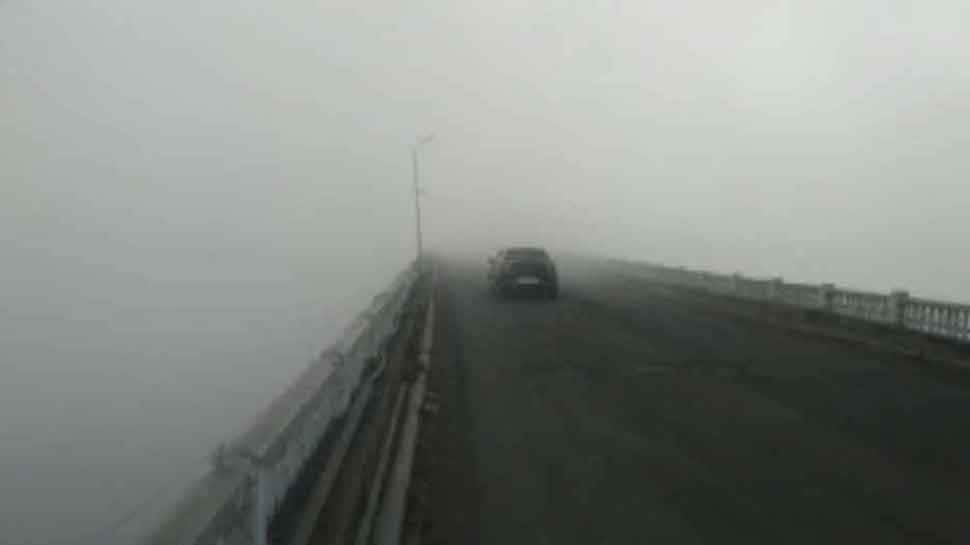 New Delhi: Dense fog enveloped the national capital on Monday with visibility recorded between zero to 100 meters. The temperature recorded at 8.30 am was 2.6 degree celsius near Safdarjung and 2.9 degrees in Palam. The visibility went down to zero near Palam area and 100 meter near Safdarjung.

Train services are also highly affected from the last two weeks, more than 70 trains were delayed due to extreme weather condition.

IMD forecast also indicated that change in wind direction from Northwesterly to easterly has started and reduction in cold days and the cold wave started from Sunday (December 29). Significant increase in wind speed is expected over Delhi NCR from December 31 evening under the influence of approaching western disturbance and easterly winds in the lower level. Severe cold day (SCD) or cold day is prevailing over Delhi NCR since December 14.

Delhi recorded the lowest temperature of the season at 2.4 degrees on Saturday (December 28).  However, on Sunday the temperature increased by one degree as the mercury settled at 3.2 degrees in Palam, while at 3.4 degrees in Safdarjung.