The IMD has issued an advisory in view of the Cyclone Fani. 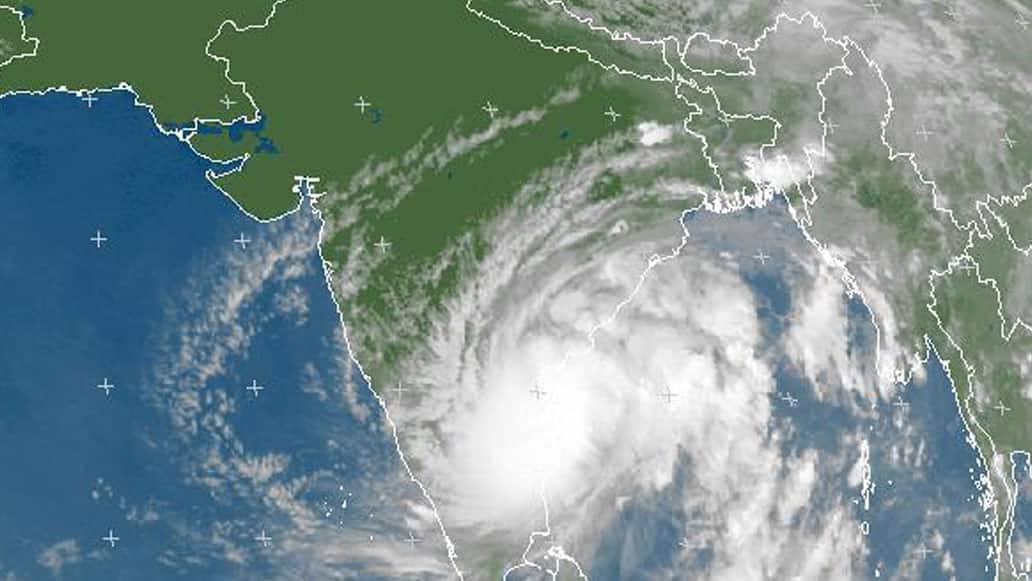 NEW DELHI: The India Meteorological Department (IMD) has issued a major cyclonic storm warning which is likely to affect parts of Kerala, Andhra Pradesh, Tamil Nadu and the Lakshadweep Islands between April 28 to May 1.

''A deep depression over the southeast Bay of Bengal developed into cyclonic storm 'Fani' on Saturday, which will further intensify into a "severe cyclonic storm", the IMD said in its warning.

Deputy Director General S Balachandran of the Cyclone Warning Division of the IMD said, ''Today there was deep depression over the southeast Bay of Bengal. It intensified into a cyclonic storm, it is lying at 1250 km southeast of Chennai and expected to intensify into a severe cyclonic storm and move northwest towards south Andhra Pradesh by April 30.''

Dy Director Gen S Balachandran, IMD Chennai: Today there was deep depression over southeast Bay of Bengal. It intensified into cyclonic storm, it is lying at 1250km south east of Chennai, expected to intensify into severe cyclonic storm&move northwest towards south AP by 30 Apr. pic.twitter.com/k122bjrDxO

The storm has been named 'Fani,' as suggested by Bangladesh, he said.

"According to our assessment, as of today, it will reach near the coasts of Andhra Pradesh and Tamil Nadu but it is unlikely that will make landfall. It may recurve before reaching the coast. We are monitoring its path," Mritunjay Mohapatra, Additional Director General of the IMD, said.

The IMD warning goes on to state that the regions affected by the deep depression are likely to experience rough to very rough seas, heavy isolated rainfall and strong cyclonic winds.

Duty Officer, Cyclone Warning Centre, Vishakhapatnam: Sea condition will be rough to very rough from April 29. Fishermen are advised not to venture into sea from April 28. Those at sea are advised to return to port immediately. https://t.co/0aQVKu1JrN

Strong winds ranging from 30-40 km/h and even up to 160 km/h will be experienced in different areas between April 28 and May 1, according to the IMD notice.