The death toll in the under-construction building collapse in Karnataka's Dharwad district has increased to 16, with several people still missing. 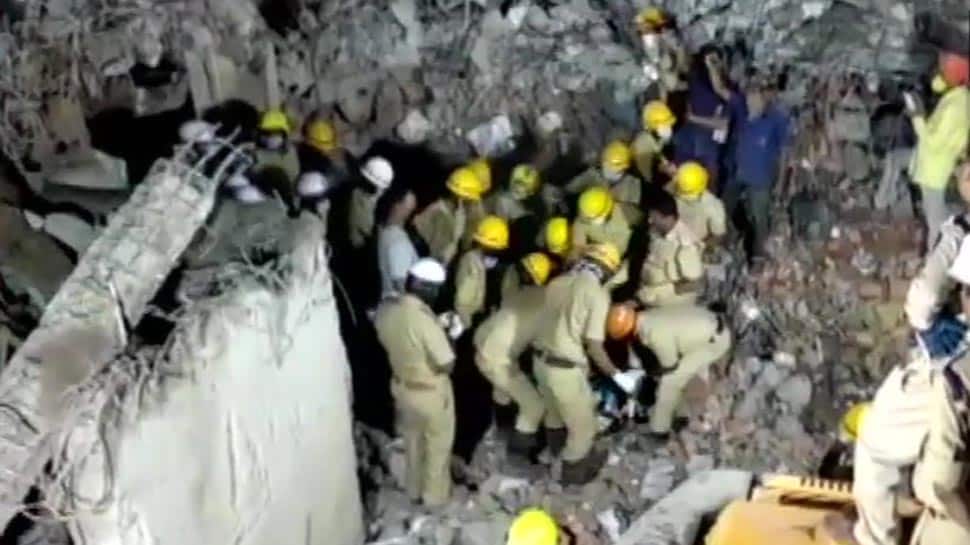 The death toll in the under-construction building collapse in Karnataka's Dharwad district has increased to 16, with several people still missing.

A four-storey building collapsed on March 19 at Kumareshwaranagar in the heart of Dharwad, about 400 km from Bengaluru.

More than 400 personnel including members of NDRF, SDRF, police and Revenue Department are jointly undertaking the rescue operation.

On Saturday, the Karnataka government suspended seven officials of Hubballi-Dharwad Municipal Corporation for negligence in connection with the building collapse.

A magisterial inquiry has been ordered by Karnataka Chief Minister HD Kumaraswamy.

A day after the collapse, an FIR was lodged against five people. The accused include owners of the building Basavraj Nigadi, Ravi Sabrad, Mahabaleshwar Puradgudi and Gangappa Shintre and an engineer Vivek Pawar. The accused engineer was later arrested from Kolhapur in Maharashtra while the four partners of Renuka Construction surrendered before the police.

CM Kumaraswamy had visited the site on Thursday.

The building belonged to one of the relatives of former Congress minister Vinay Kulkarni.

On Wednesday, the police had said that 10 ambulances and five fire tenders were taking care of relief and rescue operations with three teams of the NDRF.

According to an eye-witness, the building did not have the capacity to bear four storeys and it collapsed when the owners decided to add an extra floor. "The builders had used substandard materials," he said. The majority of the victims were migrant labourers from north India, said news agency PTI.