From Nepal to US, how Diwali is celebrated across the world

Here's a little Diwali trivia for you. 10 countries have declared holidays on Diwali. And the list doesn't include India. 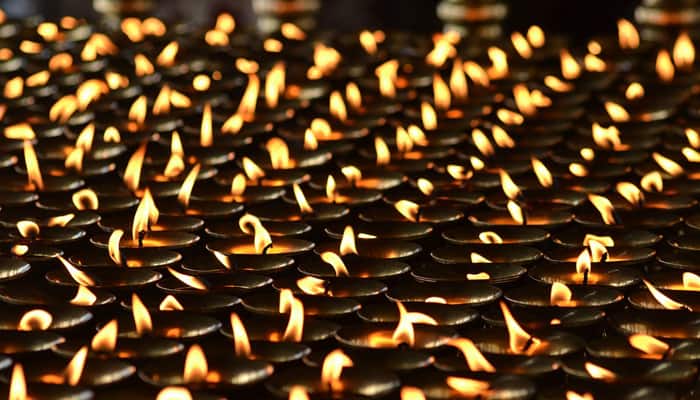 NEW DELHI: Did you know Diwali is an official holiday in 10 different countries, not counting India. And did you also know that the festival of lights is celebrated in a big way in at least 25 nations with major Hindu, Buddhist, Jain and Sikh populations.

Celebrating the Deepavali by millions across the world is understood. But to declare a public holiday for Diwali, takes it to a whole new level.

Let's take a look at which 10 nations declares public holidays on Diwali – the day Lord Ram comes back to his kingdom in Ayodhya.

Nearly one-third of Fiji's population is Hindus. Naturally, Diwali features prominently in the list of national public holidays. Historians say, the festival was originally celebrated by labourers who had migrated from India during British rule. Now, it's a nation-wide extravaganza. The country celebrates Diwali for more than a week.

Hindus in Indonesia celebrate Galungan, a festival similar to Diwali. This Balinese festival is all about the victory of dharma over adharma, pretty much like our Deepavali. Held over a period of 10-days, it is one of the important festivals of the country.

3. Nepal
A Hindu-dominated nation, Nepal celebrates "Tihar" or "Swanti" - the Nepalese equivalent of Diwali. Its celebrated over a period of five-days, ending with "Bhai Tika" which similar to that of India's Bhai Dooj.

Celebrated primarily by Hindu Malaysians, Diwali is an official gazetted holiday. Festivities and rituals are similar to that of India – lighting diyas, dressing up, Lakshmi puja, etc.

A big festival in Mauritius, Diwali is celebrated by the Hindus over a period of five days.

9. Suriname
Hindus constitute of more than 30% population in Suriname, with immigrants from Uttar Pradesh and Bihar. Sarnami Hindustani (a dialect of Avadhi and Bhojpuri) happens to be one of the official languages of the country. Diwali is one of the most popular festivals.