Digital economy, counter-terrorism on talks for PM Modi at BRICS meet in Brazil

Prime Minister Narendra Modi, who will be reaching Brazil today on a two-day visit to attend the 11th BRICS summit, will focus on strengthening ties among the world`s five major economies in key areas such as digital economy, science, and technology, and also build mechanisms for counter-terrorism cooperation. 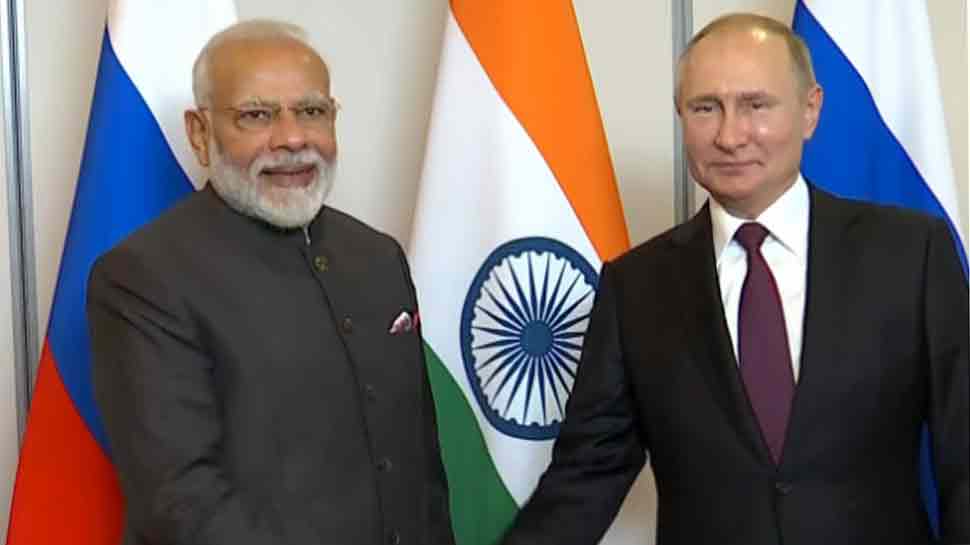 New Delhi: Prime Minister Narendra Modi, who will be reaching Brazil today on a two-day visit to attend the 11th BRICS summit, will focus on strengthening ties among the world`s five major economies in key areas such as digital economy, science, and technology, and also build mechanisms for counter-terrorism cooperation.

The Prime Minister, accompanied by an official delegation, left for Brazil on Tuesday afternoon to attend the BRICS summit, with this year`s theme of "Economic Growth for an Innovative Future," for the sixth time since taking office.

A large business delegation from India is also expected to be present during the visit especially to attend the BRICS Business Forum where the business community of all five countries (Brazil, Russia, India, China, and South Africa) are represented, the Ministry of External Affairs said in a statement.

After his arrival in Brasilia, the Prime Minister is scheduled to have bilaterals through the day. He will then attend the closing ceremony of the BRICS Business Forum in the evening along with other BRICS leaders, the statement read."The BRICS Summit will provide me with the opportunity to hold useful bilateral interactions with leaders of other BRICS countries," the Prime Minister had said in a statement released prior to his departure for the South American nation.

"I will meet President Bolsonaro of Brazil to discuss ways to enhance our strategic partnership. Brazil and India share close and ever-expanding bilateral relations, including in the spheres of defence, security, trade, agriculture, energy, and space. Close cooperation between the two countries in multilateral forums has been a significant aspect of our strategic relationship," he added.

The next day, on November 14, Modi, along with other world leaders, will attend a closed-door BRICS session wherein discussions will focus on challenges and opportunities for the exercise of national sovereignty in the contemporary world.This will be followed by the BRICS Plenary Session where the leaders will discuss the intra-BRICS cooperation for the economic development of BRICS societies.

"I look forward to exchanging views with other BRICS leaders with the aim to further strengthen intra-BRICS cooperation. Our business and industry play an important role in Intra-BRICS ties. I will be addressing BRICS Business Forum and interacting with BRICS Business Council and New Development Bank," the Prime Minister added.

Thereafter, all BRICS leaders will meet BRICS Business Council during which the Chairman of the Brazilian BRICS Business Council will submit his report. There will also be another report submitted by the president of the new Development Bank. A BRICS Memorandum of Understanding (MoU) on trade and investment promotion agencies is also expected to be signed.

In the conclusion of the summit, leaders are expected to issue a joint declaration.BRICS brings together five major emerging economies comprising 42 per cent of the world`s population, having 23 per cent of the global GDP and around 17 per cent of the share and world trade.

This year the joint working group on counter-terrorism has decided to constitute five sub-working groups on counterterrorism in the following areas. Terrorist financing, use of the Internet for terrorist purposes, countering radicalisation, issue of foreign terrorist fighters and capacity-building, the MEA said.

In the area of counter-terrorism, India has taken the lead over the years to galvanise BRICS. It has worked closely within BRICS to not only take a strong stand against terrorism but also to bring about focused consultations on specific aspects related to terrorism. It is expected that India will chair the subgroup on use of the Internet for terrorist purposes, it added.

Through a network of high level and working group meetings, the BRICS agenda has expanded considerably to include issues of mutual concern. In the run-up to the summit, several ministerial meetings in different sectors have already taken place.

This is Prime Minister`s second visit to Brazil and his first visit after the new administration led by the president Bolsonaro assumed office on January 1, 2019, the ministry said, adding that the Prime Minister had met Brazilian president in Osaka earlier this year on the margins of the G20 summit.