The farmers' protest has entered into the seventh consecutive day on Wednesday. 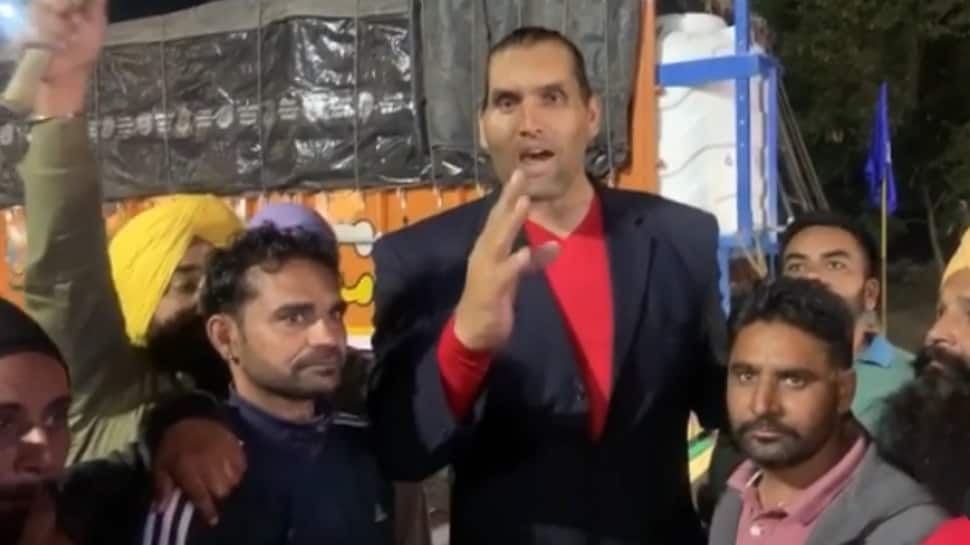 New Delhi: Dalip Singh Rana, better known by his ring name 'The Great Khali', came out in support of the agitating farmers and joined the protests against the new agriculture laws at the Tikri border on Tuesday (December 1, 2020).

In a video that the former World Wrestling Entertainment (WWE) champion shared on his official Instagram account, he said, "The farmers won't go back until unless their demands are met. They have come up with a ration that will last for six months."

Khali who reportedly joined the protests at the Tikri border captioned the video as 'Jai Jawan Jai Kisan' and also briefly explained the losses that a farmer would face due to the new agriculture laws.

He urged everyone to stand with the farmers so that the government has to agree to farmers' demands and also expressed, "The farmers of Haryana and Punjab are 'very tough'."

Khali is not the first famous face to come out in support of the farmers as several popular Punjabi actors, players, wrestlers and singers have also supported the farmers' protests.

Earlier on Tuesday, the Centre met leaders of the protesting farmer unions for talks to address their concerns on new agriculture laws.

Over three-hour-long dialogue between a group of more than 32 farmer union leaders and the government remained inconclusive and the fourth round of talks has been scheduled for Thursday (December 3).

Notably, the farmers' protest has entered into the seventh consecutive day on Wednesday.

The reason behind the widespread protests is these three new laws - The Farmers` Produce Trade and Commerce (Promotion and Facilitation) Act, 2020, The Farmers (Empowerment and Protection) Agreement on Price Assurance and Farm Services Act, 2020, and The Essential Commodities (Amendment) Act, 2020.