Earlier on April 4, the government had imposed restrictions on the national highway from Baramulla to Udhampur for the civilian traffics on Sundays and Wednesdays till May 31. 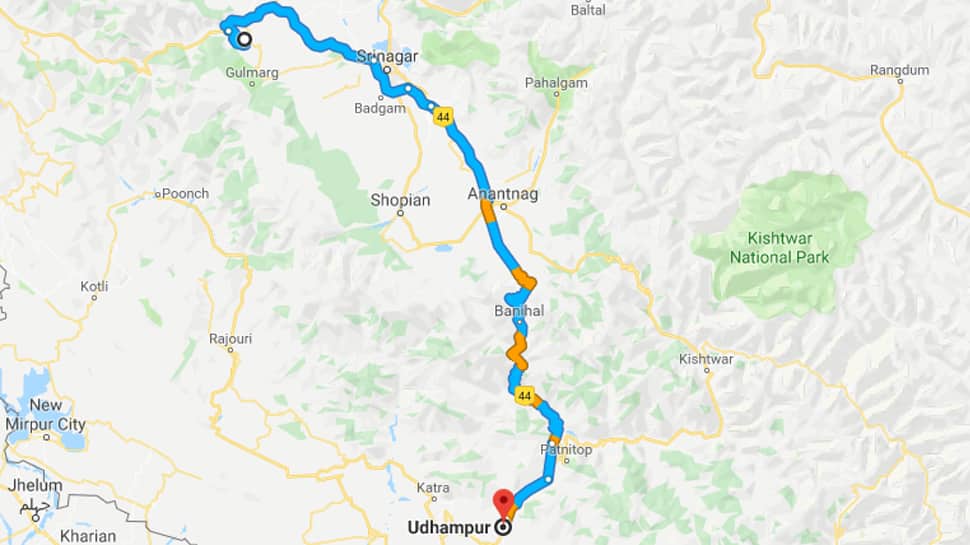 The Ministry of Home Affairs (MHA) on Wednesday strongly refuted the "disinformation being spread about the recently imposed traffic restrictions on the national highway in Jammu and Kashmir.

Earlier on April 4, the government had imposed restrictions on the national highway from Baramulla to Udhampur for the civilian traffics on Sundays and Wednesdays till May 31. The measure has been adopted to facilitate the unhindered movement of security forces' convoys to eliminate the possibility of terror attacks during the ongoing poll process.

The ban on civilian traffic would be effective from Baramulla to Udhampur through Srinagar, Qazigund, Jawahar-Tunnel, Banihal and Ramban, according to a notification. The ban would be in force on the two days from 4 am to 5 pm, it added.

The MHA slammed that an impression is being created by some that it has been closed for civilians. This is farthest from the truth, it added.

The government reiterated that the state government has already clarified that out of the seven days a week, only reasonable restrictions have been imposed, which is for 12 hours and two days a week. It added that alternative routes like the old national highway and other internal roads will remain available for commutation of the civilians.

"An impression is being created by some that it has been closed for civilians. This is farthest from the truth. J&K govt already clarified that out of 7 days a week, only reasonable restrictions have been imposed, for 12 hours, 2 days a week. This has been done to ensure the safe movement of forces. Alternative routes like old NH&other internal roads available for commutation of civilians" said an MHA official.

The April 4 notification also added that in case of any emergency requiring passage of a civilian vehicle, the police and administrative officials would take appropriate decisions in line with the provisions of movement of civilian traffic during curfews.

The restriction on civilian traffic on the highway was announced two days after state police chief Dilbag Singh had said that a study group has been set up to suggest steps to strengthen the security along the 270-km Jammu-Srinagar highway following the Pulwama terror attack.