The timing of his statement bears significance as it comes just a day ahead of the executive committee meeting that is scheduled to take place on Tuesday. 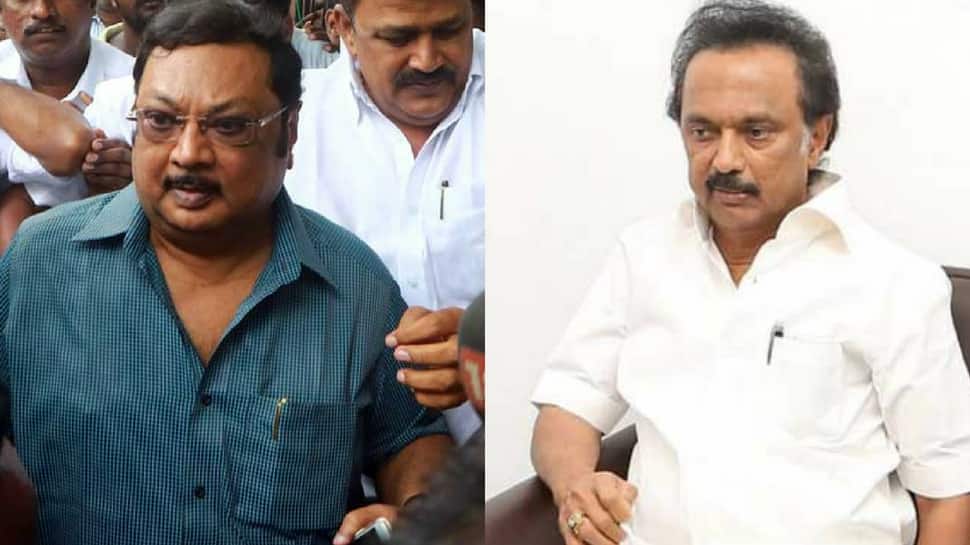 CHENNAI: It has not even been a week since DMK patriarch M Karunanidhi died and a rebellion in the party has begun to surface. Standing at Karunanidhi's memorial on Monday, his son MK Alagiri launched an open rebellion against his estranged brother MK Stalin. Claiming that he has the support of the entire DMK cadre, he said that real party members are backing him.

"All the real supporters of the DMK are with me. Only time will give a befitting reply. I am pained at what’s happening," he said on Monday.

My father's true relatives are all are on my side. All the supporters in Tamil Nadu are on my side & are encouraging me only. Only time will give the answers...that is all I am willing to say now: MK Alagiri, late DMK Chief M #Karunanidhi's son, in Chennai #TamilNadu pic.twitter.com/3dAWMV0a6V

The timing of his statement bears significance as it comes just a day ahead of the executive committee meeting that is scheduled to take place on Tuesday where a decision may be taken regarding the elevation of DMK working president MK Stalin to the top post of the party.

However, as per the agenda, the meeting has been convened to condole the death of party president M Karunanidhi. A party leader said the executive meeting might announce a date for holding the general council meet where the decision to elevate Stalin as the DMK President will be taken. A similar meeting was held when party founder and former chief minister C N Annadurai passed away in 1969, a party leader said.

All members of the committee have been asked to participate in the meeting without fail. It will begin at 10 am at the party headquarters, Anna Arivalayam in Chennai.

Alagiri was expelled from the DMK by Karunanidhi in 2014 for indulging in anti-party activities and making derogatory remarks. Karunanidhi had then named Stalin as his political heir. The transition of power was formalised when Stalin was made the working president of the party in January 2017 after Karunanidhi's health did not permit him to preside over the affairs of the party.

Since his expulsion from the party, Alagiri has not created too much of a trouble owing to the presence of his father. However, after Karunanidhi's death, fissures in the party are sure to come to the fore.