Dr Mangu Singh, Managing Director of DMRC who was present during the renaming ceremony said, “The Delhi Metro Rail Academy will further raise the bar in the quality of training in the field of Mass Rapid Transit System (MRTS). 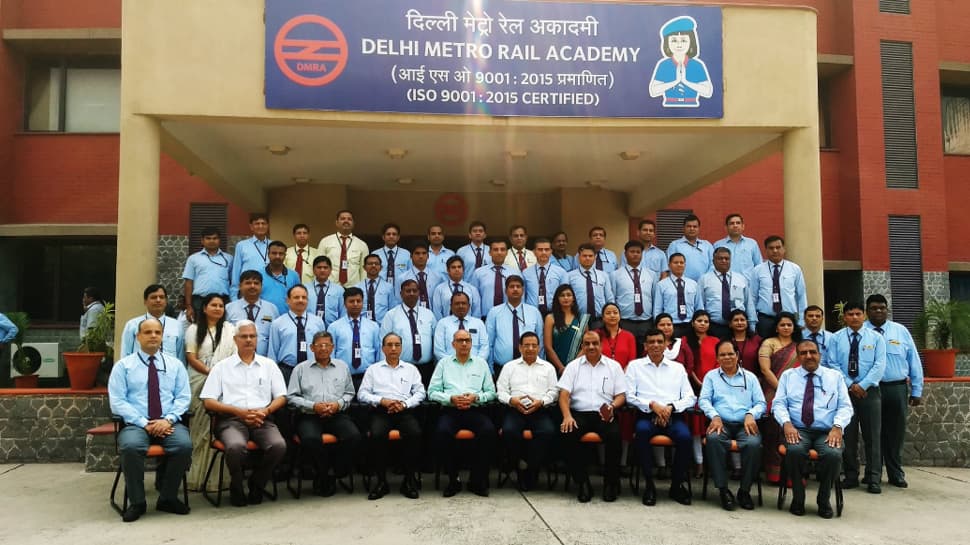 The Delhi Metro Training Institute, functioning since 2002 at Shastri Park Depot, was on Wednesday given a new name and logo. The institute will henceforth be known as the Delhi Metro Rail Academy (DMRA) which has so far imparted training to around 25,000 DMRC personnel and 2,000 personnel from other metros in India and neighbouring countries.

Established in 2002, the Training Institute at Shastri Park has developed training programs for metro rail-based urban transportation systems. With a state of the art training infrastructure, it is ISO 9001:2015 accredited for design, development & delivery of training programs. pic.twitter.com/7s9K02bIHk

Dr Mangu Singh, Managing Director of DMRC who was present during the renaming ceremony said, “The Delhi Metro Rail Academy will further raise the bar in the quality of training in the field of Mass Rapid Transit System (MRTS). The Academy will now be headed by a Dean and each department will be led by a Professor. The faculty will be strengthened by a team of full-time Professors, Associate/Assistant Professors and Lecturers”.

DMRA is a premier institute in the country which is equipped with all modern facilities to impart customized training on every aspect of Project Planning, Implementation and Operations & Maintenance of MRTS. In its pursuit of excellence, the Academy will now be undertaking an upgaradtion of its facilities. The makeover will include infrastructural, technological and academic upgradation. A new look website of the academy is also being developed to facilitate all its stakeholders.

Technological and Digital upgradation is being done to provide trainees with a digital learning environment with the most modern teaching aids. The academy has reviewed the Training modules/curriculum of both executives and non-executives, with emphasis on standardization, content relevance, cross-training and technological advancements. DMRC Training Institute (now DMRA) is known for its role in competence building in the field of Mass Rapid Transit System (MRTS).