Zee News Editor-in-Chief Sudhir Chaudhary on Wednesday (October 20) called out DC’s attempt to malign India and Army’s image and demanded the creators of the latest Superman film to make amends. 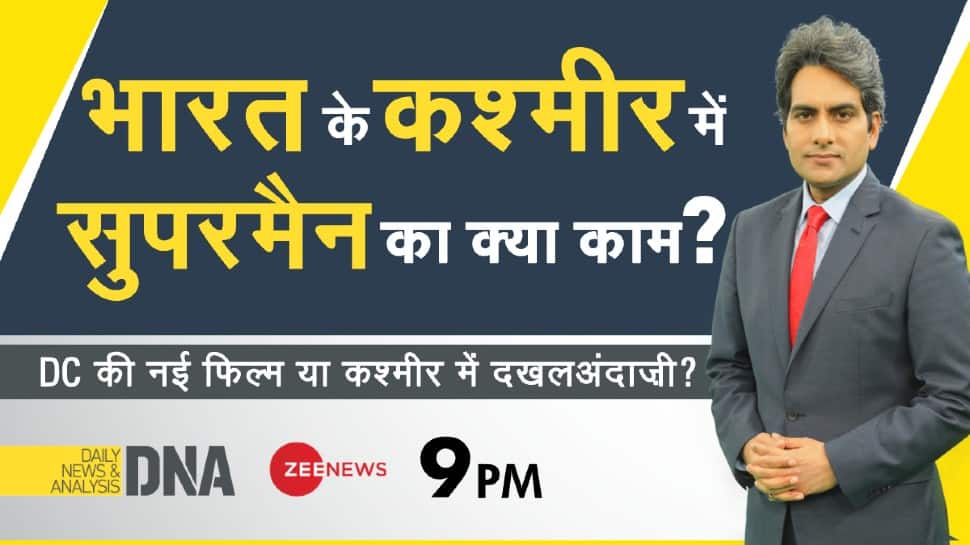 New Delhi: DC’s latest Superman movie ‘Injustice’ which was released yesterday has sparked a controversy as it shows the protagonists taking an anti-India stand. The movie shows Superman calling Kashmir a disputed territory and tries to vilify the Indian Army.

Zee News Editor-in-Chief Sudhir Chaudhary on Wednesday (October 20) called out DC’s attempt to malign India and Army’s image and demanded the creators of the latest Superman film to make amends.

The animated film shows Superman and Wonder Woman invading Kashmir. Superman describes Kashmir as a disputed area and destroys all the weapons of the Indian Army in the name of bringing peace. The protagonist further says there is no place for weapons and Army in disputed Kashmir.

Superman is the most popular superhero in the world who lives in America. There will hardly be any family in India who has not heard his name. He is especially very popular among children.  But after watching this film, the youth of India and all over the world could possibly think that the Indian army has occupied Kashmir. This is highly objectionable.

Hence, DC Comics, the producer Superman, should not only remove this scene from the film but should also apologise to India.

The kind of deed the superheroes did in the movie makes them look like super villains. As soon as the issue came to light, #AntiIndiaSuperman started trending on Twitter.

It is not right to make superheroes a part of politics and propaganda. Earlier, international organisations like the United Nations, NGOs of western countries, survey organisations used to question India in their reports. In this, they were often helped by academicians of big universities and writers of western countries. But now this is being done through films, which is a very dangerous trend.

These countries usually show their heroes fighting the aliens, saving the White House from terrorists in their films. But when it comes to India, they start calling areas like Kashmir disputed and start questioning the Indian army.

In 2018, Tom Cruise’s Mission Impossible Fall Out was released which also showed Kashmir as a disputed region. However, after India’s objection, the scene was removed from the film. The same must be done in this case as well.