Tenzin, who was martyred in the military action against Chinese PLS on the intervening night of August 29, 30, was the company leader of the SFF, which is also known as the Development Regiment or Vikas Regiment. 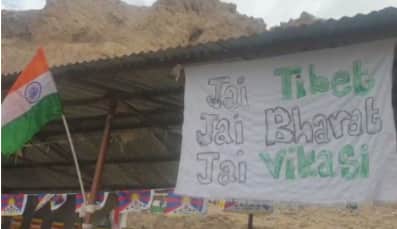 New Delhi: The nation on Monday (September 7) bid adieu to Special Frontier Force's (SFF) Commando Nyima Tenzin, a member of the Tibetan community, with full public honours in Ladakh, amid the atmosphere reverberating with slogans like "Bharat Mata Ki Jai" and, "We salute Indian army". The Indian National anthem was sung along with and the anthem of the Tibetan government in exile.

Tenzin, who was martyred in the military action against Chinese PLS on the intervening night of August 29, 30, was the company leader of the SFF, which is also known as the Development Regiment or Vikas Regiment. Tenzin's farewell with full military honours and singing of the Tibetan government in exile's anthem has apparently irked China as the development comes amidst heightened Sino-India tensions at the line of actual control (LAC) in the Eastern Ladakh.

The Tibetan community in Delhi also paid homage to the martyr at Majnu Ka Tila monastery. On his picture was written, "hero of India's resistance against Chinese PLA's aggression" and "the unsung Tibetan". 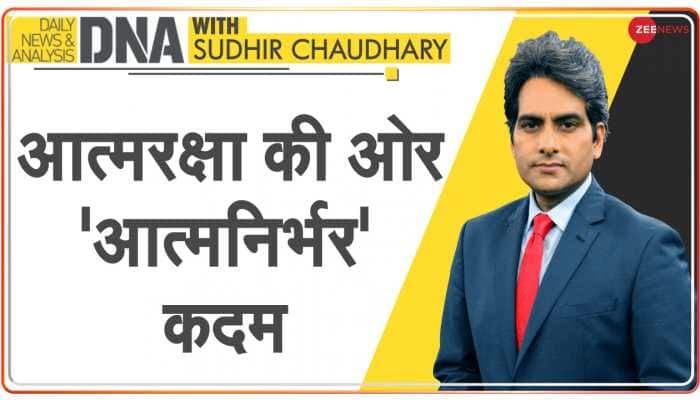 Tenzin's funeral in Leh showcased a passionate picture of unity between India and Tibet as the martyr's wife was given the flags of India as well as Tibet. The military honour given to a Tibetan community member can be witnessed as a sign of a change in the strategic policy of the New India.

About 7,000 Tibetan people live in a refugee camp near Leh. Many of these are part of the Development Regiment, which was established in the year 1962 by training the Tibetan warriors who had escaped from China. The Regiment has learned to have caused great strategic damage to China on the intervening night of August 29, 30. The Indian Army had captured many such areas, which were out of reach since the 1962 war.

The recent development has perturbed Chinese President Xi Jinping as reports coming in say that President Xi is angry with the PLA's debacle, especially with the news that a Chinese Commander withdrew forces near Pangong Lake. After its misadventure at the Galwan Valley in June, China has received another setback in the south of Pangong Valley in the last week of August.

This has reportedly created a negative atmosphere against the Communist Party in China and is likely to create new problems for President Xi Jinping.

Tenzin's honour was symbolic of adopting the Tibetan cause in India. This was just opposite to China, which reportedly did not take pain even to give information about its martyred soldiers.

According to DNA analysis, India has shown a strategic shift in paying full military honour to SFF Commando Nyima Tenzin. The big change can be understood through the points given below:

1. This is a major change in India's strategy against China. So far, the Indian Army has never indicated that it is taking any assistance from the Special Frontier Force.

2. The Indian Army has given a message that the SFF Commandos can deploy for a larger role in Ladakh, putting pressure on the Chinese military. The SFF soldiers are familiar with the hilly terrain of the mountainous region like the back of their hands.

3. This is likely to pave a way for possible international support for the Tibet's independence. The voice of Tibetan refugees has been unheard. After India's support, other countries are likely to extend their support to the Tibetan cause.

4. China annexed Tibet in 1950, but for the first time after 70 years, the people of Tibet are witnessing the possibility of their native country becoming independent. India's relationship with the Tibetan people will be further strengthened.

5. India never raised the issue that may put pressure on China. Now, there is every possibility that India will also make its stand clear on Taiwan.

Through the Tibetan issue, India has now opened a new diplomatic chapter amid tensions with China. The analogy is understood to have been drawn from ancient political thinker Chanakya, who taught at the University of Taxila and was the mentor of Emperor Chandragupta Maurya. Chanakya's writings on diplomacy, Raj Mandal principles, are still applicable.

Accordingly, a nation should first establish the balance of power in comparison with its neighbour, then only it should sign a treaty, otherwise, it will not be on an equal footing. India seems to have established a similar balance of power with China in the current scenario.

In another field also, India today surprised the world community, especially China, and successfully tested the indigenous Hypersonic Technology. After America, Russia, and China, India has become the fourth country in the world to have this technology. The test was conducted by the scientists of the Defense Research and Development Organization (DRDO).

India will witness a major revolution in its defense sector, as the Hypersonic Technology will help in launching hypersonic missiles that will travel at a speed of 7000 km per hour. These missiles will take just a few minutes to cover a distance of thousands of kilometers.

Many countries in the world are currently trying to create an air defense system to destroy the hypersonic missiles, but none have been successful so far.