Zee News Editor-in-Chief Sudhir Chaudhary on Tuesday (April 6) took up that appeal and urged people to launch a campaign demanding the abducted jawan be brought back. The entire nation is rallying behind the little girl, requesting Prime Minister Narendra Modi himself to take immediate steps to free the soldier. 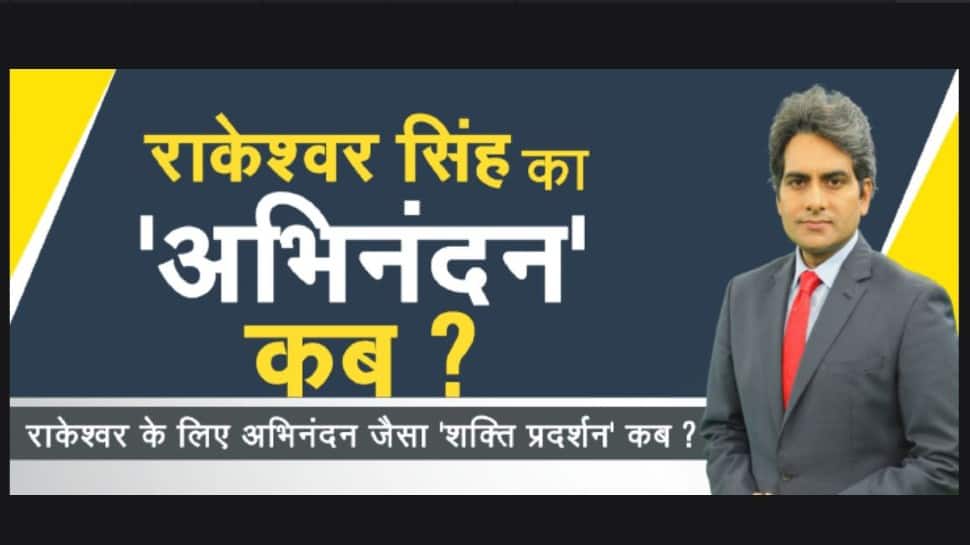 New Delhi: "Please, release my father," appealed the five-year-old daughter of jawan CRPF jawan Rakeshwar Singh Manhas who has been captured by Naxals after the Chhattisgarh ambush in which 22 soldiers were martyred.

Zee News Editor-in-Chief Sudhir Chaudhary on Tuesday (April 6) took up that appeal and urged people to launch a campaign demanding the abducted jawan be brought back. The entire nation is rallying behind the little girl, requesting Prime Minister Narendra Modi himself to take immediate steps to free the soldier.

Rakeshwar Singh's daughter made a poignant appeal today to free her father from the Naxalites. She started crying saying that somehow her father should return home as soon as possible.

Rakeshwar Singh was a part of the operation of the security forces that had gone out to capture Naxalite Madavi Hidma in the forests of Bijapur. He spoke to his family before going on this operation. He told his wife that he would definitely call her the next day. But more than 80 hours have passed, but she has not received that phone call yet.

Singh's entire family is looking at PM Modi with a lot of expectations. They are hoping that just as he rescued Wing Commander Abhinandan Varthaman from Pakistan, similarly Singh should also be rescued.

Our jawans who do not hesitate to give their lives to protect u. Today the whole country should be a part of this campaign to protect them. We demand the release of Rakeshwar Singh from the occupation of the Naxalites.

The banned CPI (Maoist), which has claimed responsibility for this Naxalite attack, has also written a letter, in which the organization has admitted that Rakeshwar Singh is under the occupation of the Naxalites.

In 2019, after the Balakot airstrike, the Indian Air Force wing commander Abhinandan Vardhaman was rescued from Pakistan by the Government of India.

At that time, India had given clear indications that if Pakistan did not free him, there would be serious repercussions.

Today, once again, another brave soldier of our country needs to be rescued in the same way.

Many people are asking why there is so much delay in rescuing Rakeshwar Singh. The problem is that this time the fight is not with an enemy nation but against people living in our own country. The security forces are bound by the various so-called human rights restrictions, stopping them from carrying out a strike that could risk lives of people.

Yesterday we told you that it is very important to capture Madavi Hidma even before we get terrorist Hafiz Saeed. We reiterate our demand because the Naxalites are the biggest threat to the security of the country.

Today, we demand that Rakeshwar Singh be freed from the captivity of Naxalites.