The Delhi Police held a meeting today in this regard and issued lookout notices against farmer leaders, besides registering a case under the stringent UAPA and sedition for the Republic Day violence. The Special Cell of Delhi Police has been assigned the task of probing the "conspiracy" and "criminal designs" behind the incidents. 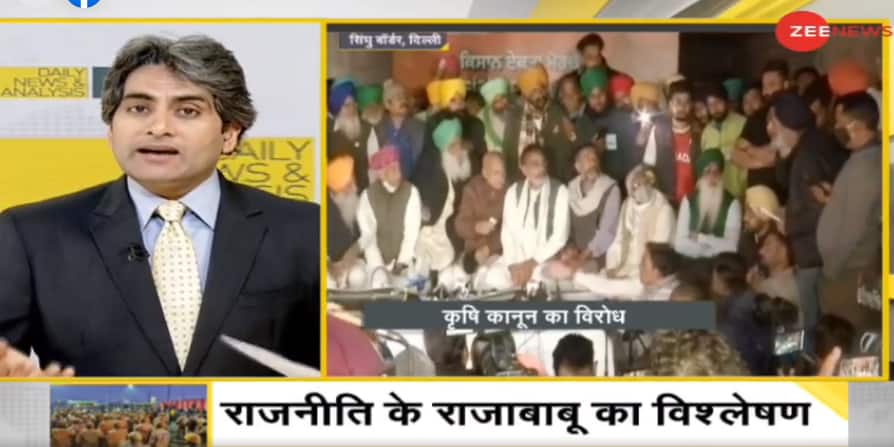 New Delhi: The fallout of the tractor parade by agitating farmers on Republic Day is visible now as the government has started taking action against the conspirators who allegedly encouraged the violence on the roads of the national capital. The Uttar Pradesh government also issued strict instructions to end the ongoing protests at the UP Gate in Ghazipur bordering Delhi.

The Delhi Police held a meeting today in this regard and issued lookout notices against farmer leaders, besides registering a case under the stringent UAPA and sedition for the Republic Day violence. The Special Cell of Delhi Police has been assigned the task of probing the "conspiracy" and "criminal designs" behind the incidents.

After the Republic Day violence, it seems that the government has lost patience with this 62-day-long farmers' protest, which is now at a critical juncture and can meet its end anytime. A government notice has also been pasted on the protest site in Ghazipur, where, it is clearly written that those who will not clear the roads action will be taken against them. 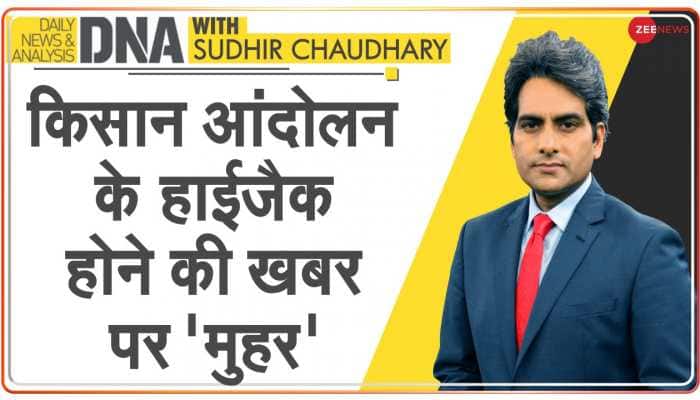 The Haryana government has also asked to the agitating farmers to vacate National Highway No. 48, besides deploying a heavy police force on the Singhu border.

Bharatiya Kisan Union leader Rakesh Tikait, however, remained adamant threatening, "I will commit suicide but won't end protest until the farm bills are repealed." He also claimed a threat to his life, alleging that armed goons were sent to the protest site.

Rakesh Tikait condemned the Uttar Pradesh government and police for the ultimatum, and said, "No violence has taken place at the Ghazipur border but still the UP government is resorting to a policy of suppression. This is the face of the UP government."

On the contrary, people have come out on roads near the Singhu border raising slogans against the ongoing farmers' protest. This shows that people too have lost faith in this movement and they want the Delhi borders should be cleared at any cost.

From Delhi's Singhu border, Zee News earlier reported about some posters that raised questions over the entry of some anti-national elements taking advantage of the ongoing movement. On January 15, it found the posters of terrorist Jarnail Singh Bhindranwale on some vehicles on the protest ground. It also showed evidence of Khalistan's entry into the Kisan movement.

"You have sided with those who had committed genocide of Sikhs and now you are siding with (Narendra) Modi government who is responsible for the genocide of Punjab Farmers. This is not the 1990’s; It’s 2021 and SJF Will hold all justices accountable under the international laws,” it had added.

Although other media of the country were busy glorifying the farmers' peasant movement, Zee News revealed the facts that the movement has the backing of Khalistan. The stand is today justified when people came out on roads to oppose this movement, which so far attracted the headlines.

It was no doubt a shocking experience for the countrymen when a handful of anti-national people tried to play with the nationalist spirit of people in the name of their democratic right to protest on Delhi roads and hoisted a religious flag on the ramparts of the iconic Red Fort.

It may be noted here that the Delhi Police has widened and said that the role and conduct of organisations and individuals based in India, as well as those out of the country, will be investigated. The move comes after Delhi Police chief S N Srivastava warned no culprit will be spared.

According to the Delhi Police, there was a "pre-conceived" and "well-coordinated" plan to break the agreement arrived at with farmer leaders to bring international embarrassment for the government on Republic Day. An ACP-rank officer will head each team that will investigate nine cases and there will be multiple officers assisting him or her.

The police have so far registered 33 FIRs in connection with the violence, adding that lookout notices have been issued against 44 people, which include most of the farmer leaders.

Notably, the police asked the 37 farmer leaders, including Tikait, Yogendra Yadav, Balbeer Singh Rajewal whose names have been named in an FIR in connection with the violence, to submit their response within three days. They have been asked to explain why legal action should not be taken against them as they did not follow the conditions set for the parade.

Good news for Indians! Joe Biden administration takes this move for spouses of those having H-1B visas