It's only been less than a week since the Tokyo Olympics kickstarted but it looks like the Games has got its biggest winner, in the form of mental health. The World's Greatest Gymnast was knocked out of the Games due to mental health, because of which the issue reached the podium of the Olympics, which was never talked about previously. 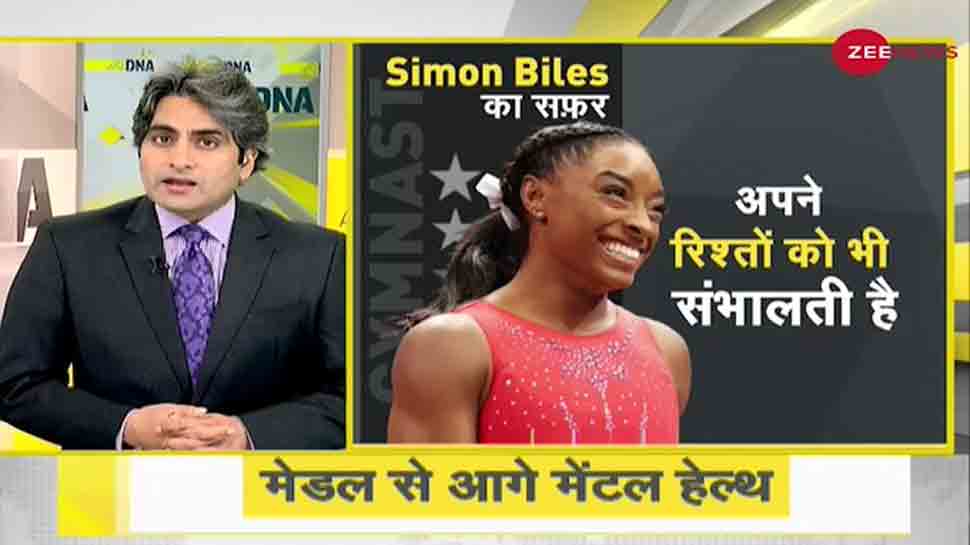 New Delhi: It's only been less than a week since the Tokyo Olympics kickstarted but it looks like the Games has got its biggest winner, in the form of mental health. The World's Greatest Gymnast and American athlete Simone Biles sent shockwaves through the Summer Games after she dropped out of the team competition on her opening vault after receiving a low mark. She said that the pressure of living up to her expectations at the Games has left her with no choice but to opt-out of it due to her mental health.

The American gymnastics superstar will not defend her Olympic title as she withdrew from Thursday's all-around competition to focus on her mental well-being. USA Gymnastics said in a statement on Wednesday that 24-year-old is opting not to compete. The decision comes a day after Biles removed herself from the team finals following one rotation because she felt she wasn't mentally ready. Nevertheless, she is being credited for taking the issue of mental health to the stage at the Olympics. Biles withdrew from the Olympic Games due to her poor mental state.

Biles spent a portion of Wednesday evening watching American teammates Sam Mikulak and Brody Malone compete in the men's all-round finals. Mikulak, a three-time Olympian, praised Biles' decision. The 24-year-old came to Tokyo as possibly the face of the Games following the retirement of swimmer Michael Phelps and sprinter Usain Bolt. She topped qualifying on Sunday despite piling up mandatory deductions on vault, floor and beam following shaky dismounts.

She posted on social media on Monday that she felt the weight of the world on her shoulders. The weight became too heavy after vaulting during team finals. She lost herself in mid-air and completed 1 1/2 twists instead of 2 1/2. She consulted with US Team doctor Marcia Faustin before walking off the field of play.

When she returned, she took off her bar grips, hugged teammates Sunisa Lee, Grace McCallum and Jordan Chiles and turned into the team's head cheerleader as the US claimed silver behind the Russian Olympic Committee. The result of Simone not playing in the match led to the US team losing the gold medal at the hands of Russia.

Following the match, Biles held a press conference and informed that she had taken the decision to withdraw from the Games due to her mental health. Simone had been the World Champion 30 times in the Olympics and the World Cup. However, this time, she decided to put her mental health above the medal or her win.

What Simone told the world should be known to everyone today, who feels buried under the expectations of themselves and others. Simone stated that she had lost the faith in herself and is unhappy as she has not been able to enjoy what she has been doing.

These words stated by Simone clearly focuses on that most of the people today do not care, i.e. how much self-confidence they have about the work they are doing? Are they happy with what they are doing or not and whether they are enjoying it or not? People have been constantly exhausting themselves just by fueling the expectations of others and one day get completely drained out. Their mind ends up paying the price for it. So before proceeding, you should listen to Simon Biles over mental health.