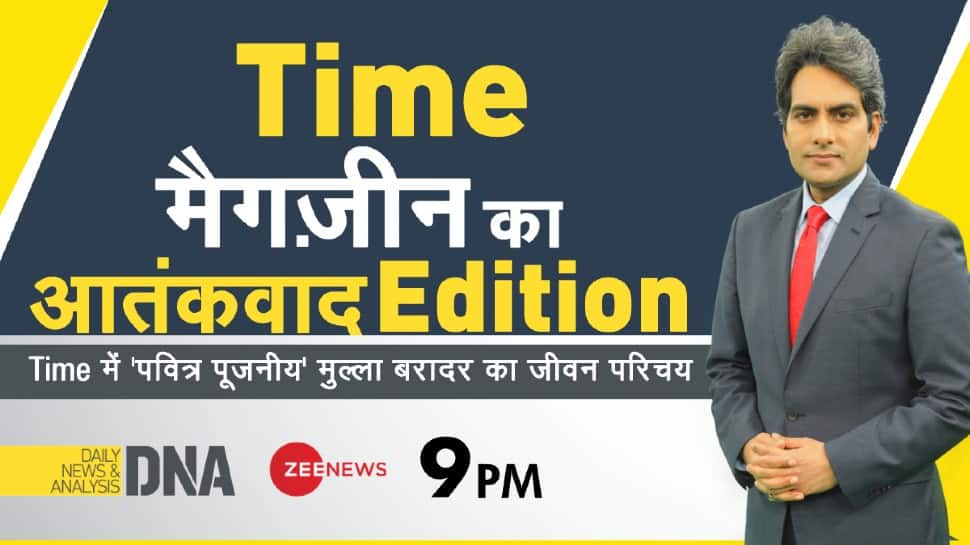 New Delhi: The Time Magazine has brought out the list of 100 most influential people in the world. The list includes US President Joe Biden, Prime Minister of India Narendra Modi and West Bengal Chief Minister Mamata Banerjee. The list also includes Mullah Baradar, the deputy prime minister of the Taliban government in Afghanistan. The inclusion of the founder of a terrorist organization in this list is a disgusting joke with all the peace-loving people of the world.

Time is an American magazine that released the list of the world’s 100 most influential people every year. According to this magazine, these 100 people are selected on three bases:

1. The people are those who have the power to make decisions that could affect the world such as big leaders and industrialists.

2. The people who do not have power, but their ideas have fundamentally changed or can change the world.

3. The people who have gained recognition for their fairness, ethics and talent.

The question is that which of these categories does Mullah Baradar fit in. Can the thoughts of Mullah Baradar, who spread terrorism in the name of Jihad, fundamentally change the world? Or can it be presented as an example to the world on the basis of morality? Or can his genius in spreading terrorism do the welfare of the world?

By including Baradar in this list, Time Magazine has legitimised and encouraged terrorism. Baradar must be very happy today as even he would have never imagined that one day his name will be taken along with the big leaders of the world who talk about the war on terror.

An article is also published separately about the people whom this magazine gives a place in its list. The article about Baradar has been written by Pakistani journalist Ahmed Rashid. In this, Baradar has been described as a charismatic military leader. It also mentions him as a holy person and a pillar of the future of Afghanistan. The article is full of praise for Mullah Baradar.

The article describes Banerjee as someone with a humble background, who wears slippers and has become the aggressive face of Indian politics. It talks about how she won the West Bengal Legislative Assembly election despite the BJP's money and power. It talks about the poverty and struggle earlier in her life.

In contrast, the magazine makes no mention of PM Modi’s struggle and poverty. This clearly exposes their double standards. The magazine calls Modi a Hindu nationalist leader, anti-Muslim. It says that under his rule, India's democracy is going into darkness and that new laws are being made against journalists and NGOs in India.

In 2014, when Prime Minister Modi was first named among the 100 most influential people in the world, at that time as well, his profile was written by Fareed Zakaria who called him an autocratic leader and a dark Hindu nationalist.

Since 2014, Modi has been included in the list five times. And every time, according to a set agenda, his profile is written by journalists having pre-conceived notions about him. Only 2015 was a year when he was praised and it was because his profile was written by Barack Obama.

This is not the first time Time Magazine has courted such controversy. In 2007, this magazine included Osama bin Laden, the mastermind of the 9/11 attacks, in its list, whereas in the same year, the name of former US President George Bush was missing from it. The magazine had declared Germany's dictator Adolf Hitler in the year 1938, Joseph Stalin, the brutal ruler of the Soviet Union in the year 1942 and Ayatollah Khomeini, the Supreme Leader of Iran in the year 1979, as the ‘Man of the year’.

It, therefore, doesn’t come as a surprise that Mullah Baradar has found a place in the magazine’s list.