Donal Trump had reaffirmed his position that Kashmir remains a bilateral issue between India and Pakistan. 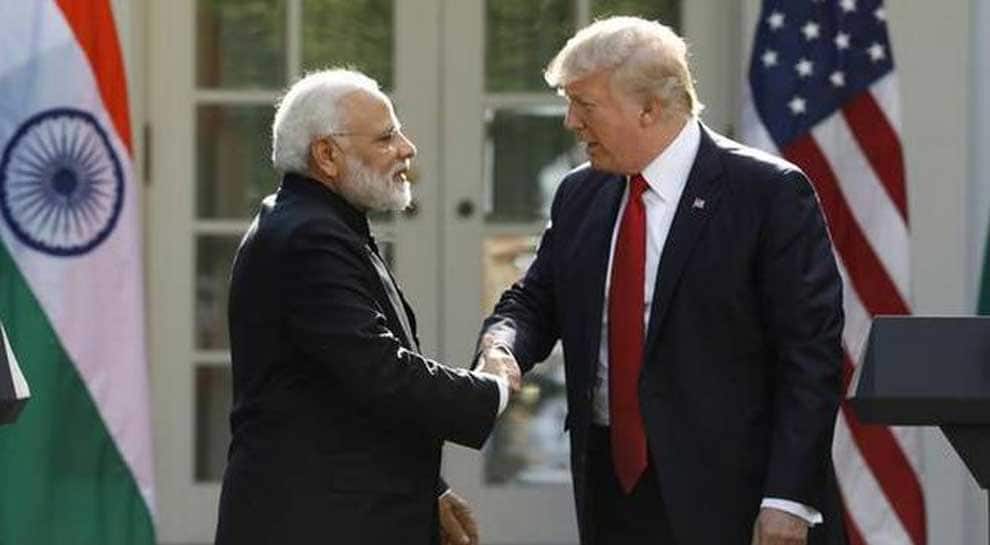 Washington: US President Donald Trump will reportedly hold discussions on the Kashmir and the human rights issue with Prime Minister Narendra Modi when the two leaders meet at the G7 Summit in Biarritz, France at the weekend.

Sharing more information, a senior US administration official told reporters that President Trump will hold discussions with PM Modi on the ongoing tensions between India and Pakistan over Kashmir.

"President Trump will likely want to hear from Prime Minister Modi on how he plans to reduce regional tensions and uphold respect for human rights in Kashmir," the US official said.

Senior US administration official: President Trump is also calling for Pakistan to prevent cross-border infiltration across the LoC & stop groups' bases on its soil that have attacked India in the past. (2/2) https://t.co/TD9OmsNKE5

After a brief conversation with Pakistan Prime Minister Imran Khan on Tuesday, the US President once again offered his proposal to mediate on Kashmir, despite making it clear before that the ongoing dispute in the region should be resolved bilaterally by India and Pakistan.

Ramping up rhetoric against India, Pakistan is endlessly trying to involve the international community in the wake of New Delhi's historic decision to change the constitutional status of Jammu and Kashmir.

This move comes despite India reiterating that the matter is strictly "internal" to the country.

Following the initial quashing of his plans on mediation by New Delhi, Trump had reaffirmed his position that Kashmir remains a bilateral issue between India and Pakistan.

However, adhering to Khan's request on Tuesday, the US President changed his stance and offered to mediate on the issue once again.

Calling Kashmir a "complicated situation", Trump said, "A lot has to do with religion. You have the Hindus, and you have the Muslims. This has been going on for decades."

"The President is also calling for Pakistan to prevent cross-border infiltration across the Line of Control and stop groups based on its soil that have attacked India in the past," the official added.

Tensions have simmered between India and Pakistan following the NDA government's decision to revoke Article 370 that guaranteed special status to Jammu and Kashmir.

In addition, the Parliament also passed a 'Reorganisation' bill that divided the region into Jammu and Kashmir - with a legislature and Ladakh-without a legislature.

Rattled by India's move, Pakistan, last week, sent its Foreign Minister Shah Mehmood Qureshi to China to seek its help at the United Nations Security Council, urging it to call an emergency meeting on the issue.

However, four out of five permanent members in the United Nations did not support Pakistan contentions over India's decision.

India has apprised the international community about its Kashmir move and repeated that Jammu and Kashmir is "entirely an internal matter" of the country and all steps were taken keeping in mind the bright future of people of the region.

Following Trump`s initial offer to mediate on Kashmir, last month, New Delhi then had also categorically denied his request, saying that Prime Minister Narendra Modi had never requested the US president to meditate on the issue.