Addressing a press conference, he said that the government will take other corresponding preventive measures. 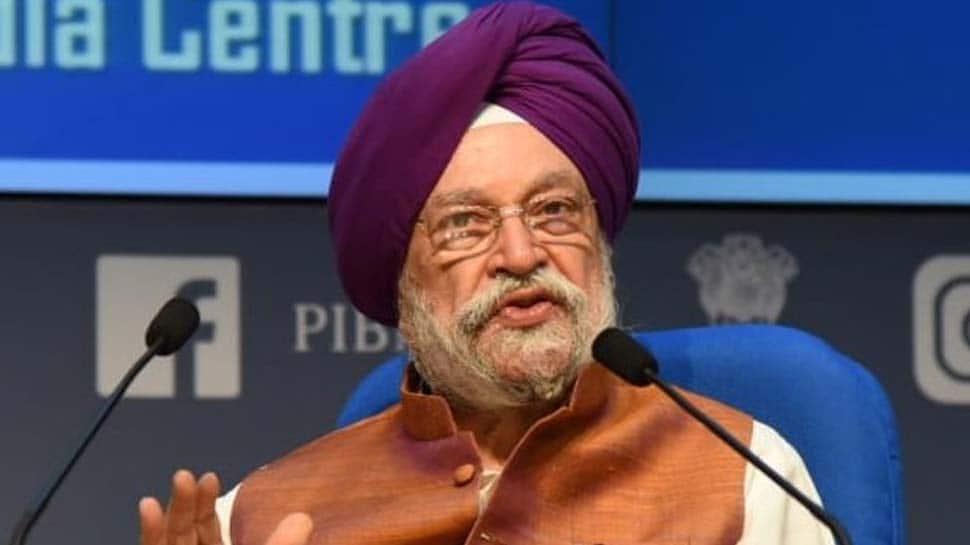 A day after announcing that domestic flights will resume operations from May 25 amid coronavirus COVID-19, Union Civil Aviation Minister Hardeep Singh Puri on Thursday asserted that the government isn't planning to leave the middle seat vacant in flights as this does not meet the physical distancing requirement.

Addressing a press conference, he said that the government will take other corresponding preventive measures. "We don't plan to leave the middle seat vacant, this does not meet the physical distancing requirement. We take other corresponding preventive measures. Keeping seat vacant will pass cost increase to customers, this option has not been pursued the world over," Puri said.

Speaking on the fare of routes, he asserted that for the densest route in the country, the Delhi Mumbai route, the lowest fare has been fixed at Rs 3,500 and highest fare at Rs 10,000. "The caps, along with rider of 40 per cent tickets in the lower bracket of the band, enable us to ensure reasonable fares for both passengers & airlines," the ministry said.

"Lowest and highest possible fares have been fixed for each class of flights. Further, a rider has been set that 40% of the seats have to be sold at a price less than the mid-point of the price band for each section," the ministry added.

The government has also issued several guidelines for flyers including no in-flight meals, only one check-in bag, passengers to wear a face mask and carry sanitizer bottles, passengers to report at least two hours before departure, no physical check-in at the airport and only web check-in will be allowed.

A self-declaration and status on Aarogya Setu app will be obtained and only passengers free of COVID-19 symptoms will be allowed to travel. The cabin crew will have to be in full protective gear.

Puri said, "Domestic civil aviation operations to recommence/restart in a calibrated manner, from May 25, 2020, up to a limited extent of required and approved summer schedule." While it was very important and essential to have lockdown, it is equally important to open up, considering the balance between lives and livelihoods, he said. "The time has now come for us to open up," Puri said.

On request of various agencies, Air India has operated chartered flights to bring 1,444 tons of critical medical supplies from abroad to India, and has carried about 30 tons of critical medical cargo to foreign countries, the minister added. "Lifeline UDAN has now covered more than 5 lakh kilometres, carrying around 900 tons of medical and essential supplies to various parts of the country," added Puri.