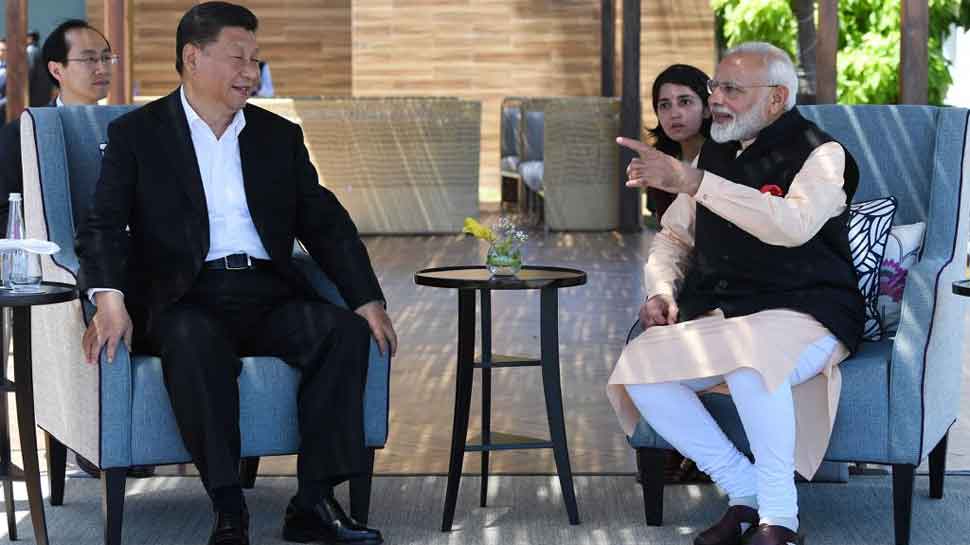 New Delhi: After wrapping up his 24-hour visit to India, Chinese President Xi Jinping on Saturday called for a long-term plan for development of India-China relations and said, "To achieve Dragon and Elephant Dance is the only correct choice for China and India, which is in the fundamental interests of both countries and their peoples."

In a statement issued by the Chinese Foreign Ministry, President Jinping said that India and China should take a correct view of each other's development and enhance strategic mutual trust. He further said that no matter from any point of view, both the countries should be good neighbours and good partners who "live in harmony and move forward hand in hand".

During his visit, Chinese President held lengthy conversations in an informal manner with Prime Minister Narendra Modi and delegation-level talks took place between the two prolific leaders of Asia, where Jinping said, "We should carefully handle issues concerning each other's core interests. We should properly manage and control problems that cannot be solved for the time being."

Speaking at a global diplomacy level, Jinping said, "Differences between the two countries should be viewed in a correct way. We should not let them dilute the overall interests of bilateral cooperation. At the same time, we should seek understanding through communication and constantly resolve differences." "The two countries should and should be able to walk out of a grand road of friendly cooperation between two neighbouring powers... China hopes to develop itself well and India well. China and India should make mutual achievements and illuminate each other," President Xi said in the statement.

The Chinese President, who spent around six hours engaging with PM Modi during their second informal summit on Friday and Saturday in Tamil Nadu's Mahabalipuram, proposed a six-point formula for the continuous development of ties without letting the differences disrupting the relations.

On the border dispute along the 3,488 km long Line of Actual Control (LAC), Jinping said, "In accordance with the agreement on political guiding principles, we will seek a fair and reasonable solution to the border issue that is acceptable to both sides".

“We should promote the development of military-to-military relations in the right direction of enhancing trust, clearing up misgivings and friendly cooperation," Jinping said in the statement. "We should carry out professional cooperation, joint exercises and training, enhance mutual trust between the two militaries, strengthen cooperation between law enforcement and security departments, and maintain regional security and stability," Jinping added.