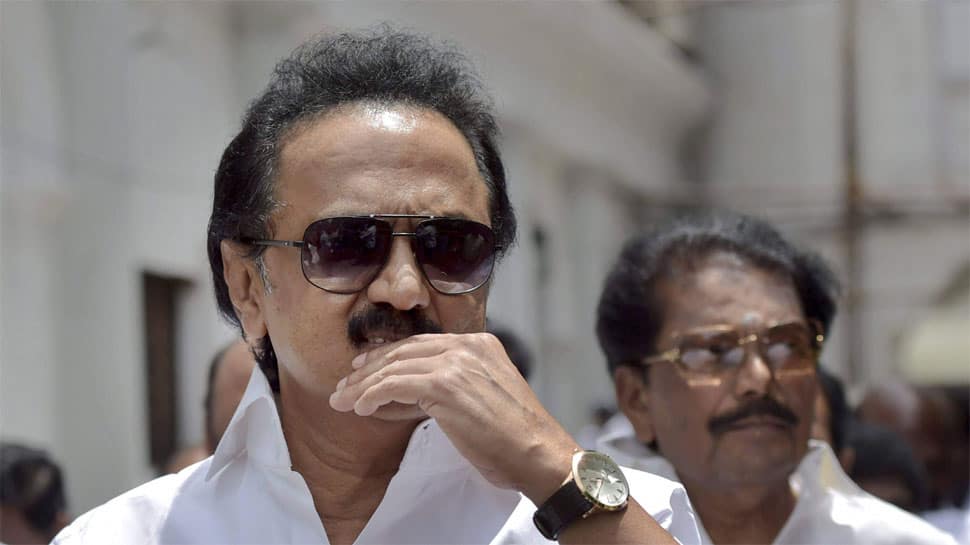 Chennai: DMK president M K Stalin Friday hit out at the Centre for moving the Supreme Court against a Madras High Court order on the Salem-Chennai green corridor project, saying the BJP government was indulging in "anti-people" activity.

"I condemn the Centre's decision to go for an appeal. The decision is a betrayal of the people of Tamil Nadu. Just a day after forming the government, the BJP government has indulged in anti-people activity," Stalin said in a statement.

The 277.3-km-long eight-lane greenfield project connecting Salem and Chennai under the Centre's 'Bharatmala Pariyojana' scheme aims to cut travel time between the two cities by half to about two hours and 15 minutes.

However, it has been facing opposition from a section of locals, including farmers, over fears of losing their land, besides environmentalists who are against felling trees for it.

The BJP and the AIADMK governments have to look for alternative routes without affecting farmers and the common people, the opposition leader said. "The governments should take constructive steps for development, instead of using coercive measures," Stalin said.

The high court had held that the environmental clearance was mandatory for the sensitive project. Its order had come on a batch of petitions filed by 35 landowners and Pattali Makkal Katchi (PMK) leader Anbumani Ramadoss. The pleas had challenged the land acquisition proceedings.

Stalin also sought from PMK a clear stand on the issue as the party is also in an alliance led by AIADMK alongside the BJP.