Simone Burns had been denied more alcohol which resulted in an already - and apparantly - drunk human rights lawyer unleashing verbal fury on the flight officials. 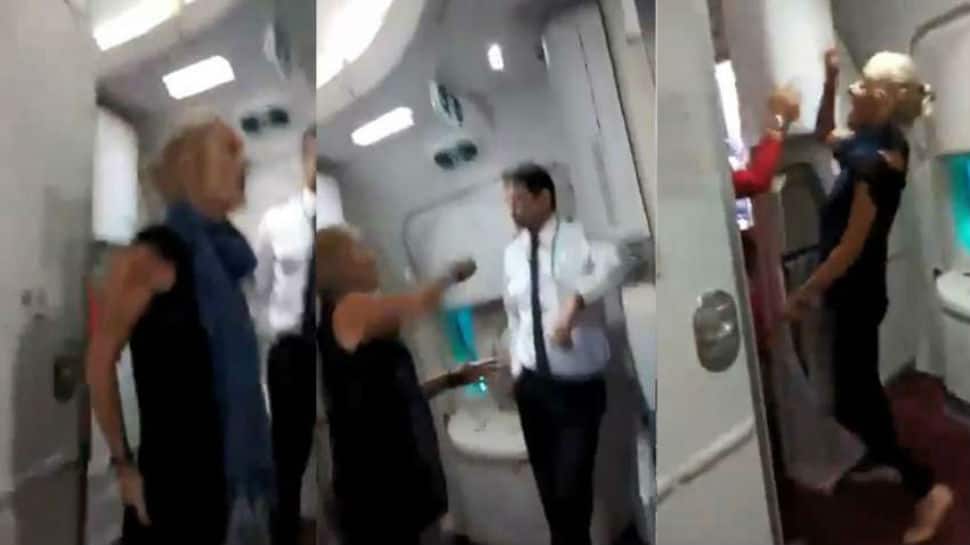 London: An Irish international human rights lawyer who was caught on camera making abusive rants at Air India crew after she was refused alcohol on a flight from Mumbai to London has been jailed for six months in the UK.

Simone Burns, was described as "drunk and obnoxious" during a hearing at Isleworth Crown Court in London on Thursday, where it emerged that she also spat at a flight attendant during her foul-mouthed racist tirade after she was refused alcohol on the flight in November last year.

"The experience of a drunk and irrational person in the confines of an aircraft is frightening, not least on a long-haul flight, and poses a potential risk to safety," said Judge Nicholas Wood, as he sentenced the 50-year-old to six months in prison for being drunk on an aircraft and two months for assault, sentences to run concurrently.

"You were drunk and obnoxious almost from the beginning to the end. You were abusive, contemptuous and confrontational and used appalling language," he said.

Burns, born in Northern Ireland and living in Hove in England, was also ordered to pay 300 pounds compensation to the person she assaulted, with the judge saying that "spitting straight into a crew member's face at close range is a particularly insulting and upsetting act."

The court heard how the lawyer drank three bottles of wine on the long-haul flight before calling the cabin crew "Indian money-grabbing c***s" as she was denied a fourth bottle of red wine for being too drunk.

"I'm a f*****g international lawyer," she told attendants during her tirade before retreating to the toilets to try and smoke. She was given a series of warnings before being arrested on landing in London.

A member of the Air India cabin crew described her conduct as unlike anything he had seen during his 34-year aviation career.

The judge at Isleworth Crown Court said he was satisfied the offence was racially aggravated and the language Burns used would have been extremely upsetting for the airline staff.

Noting Simone Burns' work with refugees around the world, Judge Wood added: "You are a woman, not just of good character but a positive and impeccable character ? a righter of wrongs. What this has done, thanks to social media, (has meant) you have had death threats and been a hermit in your home. You are a person who has done good work throughout your life."

Burns' defence lawyer suggested that her actions were due to a "mixture of altitude, the consumption of drink and anxiety" at the fact that she was likely to miss the funeral of an uncle. Mark Kimsey told the court that his client was "totally ashamed of her behaviour".