Dust storm swept through most parts of northern India and the following rain led to loss of life and damage to property - especially in UP and Rajasthan. 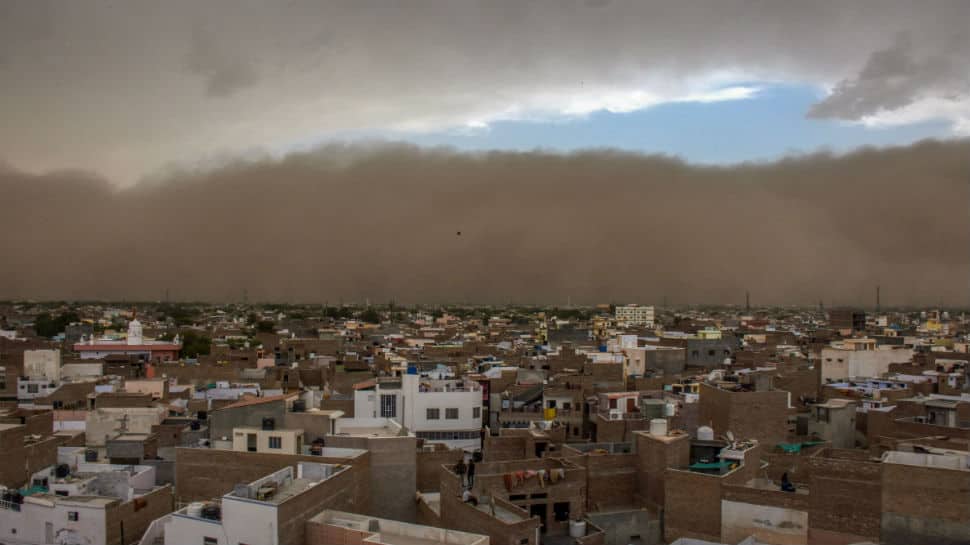 A photo of a dust storm approaching the city of Bikaner. (PTI Photo)

New Delhi: At least 41 people in Uttar Pradesh and another 27 died in Rajasthan after dust storm and thundershowers lashed several parts of northern India on Wednesday evening.

(Update: The death toll in UP has risen to over 73)

Although the sudden change in weather brought relief from soaring heat, it also caused loss of life and damage to property in UP where 23 died when a wall of an educational institute in Agra collapsed. In Saharanpur, a tree fell on an eight-year-old girl - killing her. Fire caused by lightning in Pilibhit - some 250 kilometres from Lucknow - also caused heavy damage to farmlands and property. Chief Minister Yogi Adityanath has instructed local administration to undertake swift rescue and relief operations.

In Rajasthan too, local administration officials have jumped into action after reports that 27 deaths and more than 100 injuries were caused by dust storms. News agency PTI reported that electricity poles and trees were uprooted in several areas leading to blackouts and road obstructions. "So far, 27 people have died due to the disaster, including 12 in Bharatpur, 10 in Dholpur and 5 in Alwar. The squall was reported mainly in three districts," Secretary, Disaster Management and Relief, Hemant Kumar Gera, was quoted as saying. Contingency funds have been released to the three affected districts, according to Gera.

The Met department has predicted light rains for most parts of northern India till Friday which means farmers are likely to bear the brunt of damage to crops even as disaster management agencies remain on their toes to provide relief where required.