The Commission noted that PM Modi, in his address, neither mentioned his party nor appealed to voters to vote in his favor. 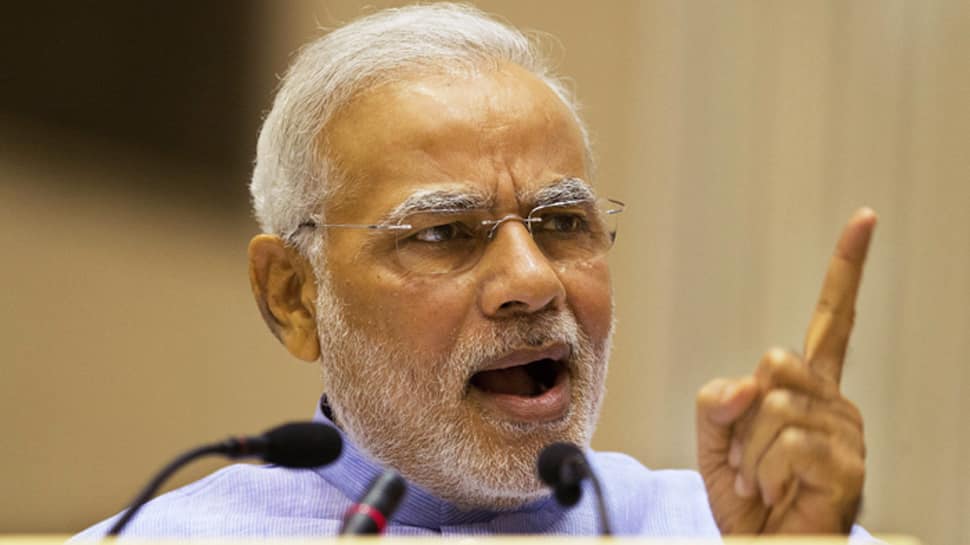 New Delhi: Giving a clean chit to the Prime Minister, the Election Commission on Friday said that Narendra Modi's 'Mission Shakti' announcement did not violate the model code of conduct (MCC). The Prime Minister had on Wednesday announced the successful test of an anti-satellite missile (A-SAT) while addressing the nation.

The Commission noted that PM Modi, in his address, neither mentioned his party nor appealed to voters to vote in his favour.

The decision was taken based on the report of a committee which concluded that the prime minister's address did not violate the provisions for 'party in power' in the poll code. "The committee has, therefore, reached the conclusion that the MCC provision regarding misuse of official mass media...Is not attracted in the instant case," the commission said, citing the report of the committee constituted to look into the case.

Citing meetings with top Doordarshan and All India Radio officials and correspondence received from the two, the committee said, it is clear that Doordarshan has only used the feed provided by a private agency and the All India Radio has taken audio output as broadcast by Doordarshan News for dissemination over its network. It said the AIR has also clarified that the address was broadcast live but "taken as a news item".

Doordarshan said, the telecast of the address was not live and the source was the play out of the video received from the private agency. The DD also told the EC that the PM's message was telecast on more than 60 news channels in addition to Doordarshan.

The Commission said the panel set up by it examined the PM's address in the light of the provision in the model code dealing with 'Party in Power'.

The provision says, "Issue of advertisement at the cost of public exchequer in the newspapers and other media and the misuse of official mass media during the election period for partisan coverage of political news and publicity regarding achievements with a view to furthering the prospects of the party in the power shall be scrupulously avoided."

On being asked why the report is silent on the content of the speech, a senior functionary explained that since the state/government media was not
used, the issue of content does not arise.

Another functionary said, "He did not seek vote. He did not describe the missile launch as an achievement of the government. He only hailed scientists. There was no electioneering involved."

There was a view in the Commission that the speech did not violate the model code in the letter, "but we can't say it about the spirit of the code".

Several opposition parties had raised the issue to the Election Commission alleging the violation of the Model Code of Conduct (MCC).

On Wednesday, India achieved a major milestone in its defence capabilities in space by shooting down a low earth orbit satellite using an anti-satellite (ASAT) missile. PM Modi congratulated the Defence Research and Development Organisation scientists involved in developing the anti-satellite missile technology which is possessed only by the US, Russia and China.

"In the journey of every nation, there are moments that bring utmost pride and have a historic impact on generations to come. One such moment is today. On 27 March 2019, India has successfully tested the Anti-Satellite (ASAT) Missile. Congratulations to everyone on the success of Mission Shakti," he had said.

The low orbit satellite was in an orbit 300 kilometres above the earth when the missile successfully shot it down bringing India at par with the above-mentioned countries in terms of space defence. The Prime Minister also announced that Mission Shakti was an indigenous effort and all the capabilities for the anti-satellite missile were developed in the country.

"The main objective of Mission Shakti was to demonstrate to the world its capabilities which are purely defensive in nature and are not against any country. This mission is about the economic and technological development of the country. Mission Shakti was a highly complex one and it was conducted at extremely high speed with remarkable precision. It shows the remarkable dexterity of India’s outstanding scientists and the success of our space programme," PM Modi had said.

The successful test of the ASAT missile gives India the ability to target enemy satellites in space as well as other objects which can be used to launch an attack on the country.

The PM, however, had said that while the A-SAT missile will give new strength to India's space programme, he assured that the international community that the capability won't be used against anyone. "It is purely India's defence initiative for its security. We're against arms raised in space. This test won't breach any international law or treaties," he had said.

"India's achievements in the space sector is to maintain the security of the country. India does not believe in war. The success of the mission will help us in preparing ourselves for future challenges. We need to make adapt new technologies to make our future secure. We aim to make Indians feel secured. Together, we will build a safe, secure and prosperous India," he had said.

USA, Russia and China, the major military powers, developed ASAT capabilities several years ago and can target satellites in space using direct-ascent and co-orbital missile systems. The USA operationalised the system to shoot down a satellite in space in the early 1960s, while Russia (then the USSR) has had the ASAT capability since 1970s. China joined the club in January 2007 with India storming into the elite list on March 27 2019.