ED grills Robert Vadra for over 5 hours, calls in for questioning again today

The case relates to allegations of money laundering in the purchase of a London-based property worth 1.9 million pounds. 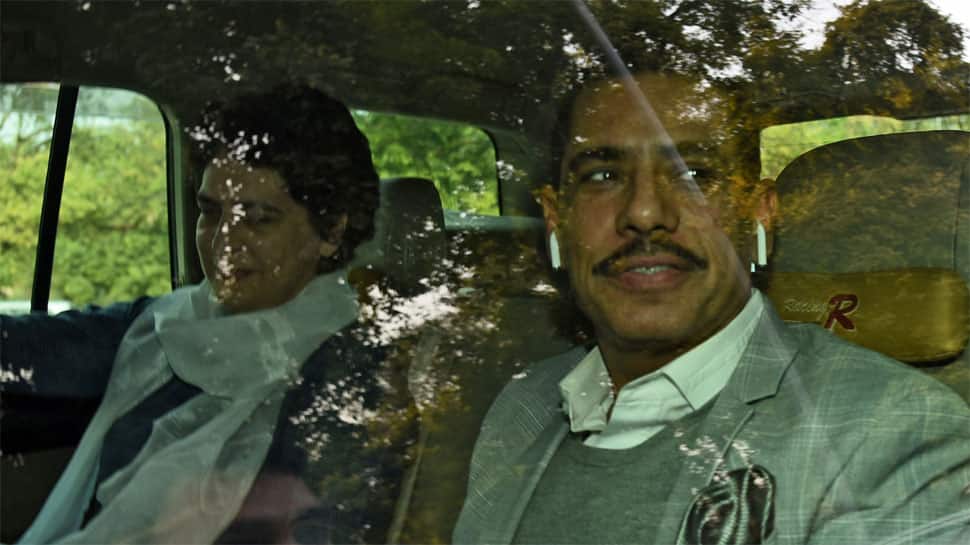 NEW DELHI: After nearly five-and-a-half-hours of questioning, businessman Robert Vadra left the Enforcement Directorate's central Delhi office on Wednesday night. He has been called in again on Thursday.

The case relates to allegations of money laundering in the purchase of a London-based property – located at 12, Bryanston Square – worth 1.9 million pounds, which is allegedly owned by Vadra, the brother-in-law of Congress president Rahul Gandhi.

A seven-member ED team, including Deputy Director Rajiv Sharma and Assistant Director ML Sharma and five other officials, quizzed Vadra for the first time in connection with money laundering probe into alleged possession of illegal foreign assets in London. His statements were recorded under the Prevention of Money Laundering Act. 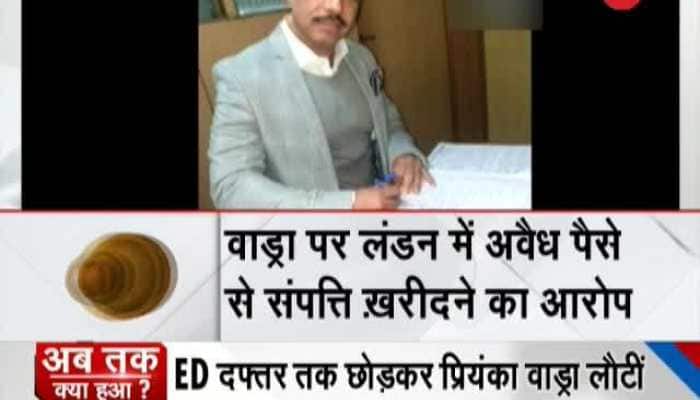 The ED interrogated Vadra on his email exchanges with Sanjay Bhandari, the alleged arms dealer who is currently absconding, and his relationship with Dubai-based NRI businessman CC Thampi, alleged to be a close aide of UPA chairperson Sonia Gandhi.

The ED also probed on his relation with associate Manoj Arora, who's interim protection from arrest was extended by a Delhi court till February 16.

Briefing media persons, Vadra's lawyer Suman Jyoti Khaitan said, “Robert Vadra has not done anything wrong. This government wants to harass him. He, on his own, went to (Jaipur) court and said- I`m going to appear voluntarily before ED. Give me a date I will appear. Today, he has appeared on his own, without any summons. They probably wanted to harass him for political vendetta.”

In the run-up to the Lok Sabha 2019 election, the ruling Bharatiya Janata Party (BJP) led by Prime Minister Narendra Modi has made a crackdown on corruption.

Vadra has long denied allegations of possessing illegal foreign assets and termed them a political witch hunt against him. Last week, he was granted interim protection from arrest by a Delhi court till February 16. During the course of the hearing on Saturday, the ED had told the court that it had learnt about more overseas properties related to Vadra and hence, said he should join the probe. It also said Vadra and his associates got kickbacks in the petroleum deal inked in 2009.

Making a strong political statement, Priyanka Gandhi Vadra – Rahul's sister and Vadra's wife, who entered active politics last month – accompanied her husband earlier in the day and dropped him off at the ED office central Delhi`s Jamnagar House in a white Toyota Land Cruiser. This was her first public appearance after being appointed as the Congress` General Secretary in-charge of eastern Uttar Pradesh. She then headed off to her new office in the Congress headquarters on Akbar Road and attended her first official meeting.

"He is my husband, he is my family...I support my family," Priyanka said in a show of support to Vadra, who returned from London earlier in the day.