Who owns 2 homes and 6 flats in London? ED props 40 questions to Robert Vadra

It is for the first time that Robert Vadra, brother-in-law of Congress chief Rahul Gandhi, is appearing before any probe agency in connection with money laundering probe. 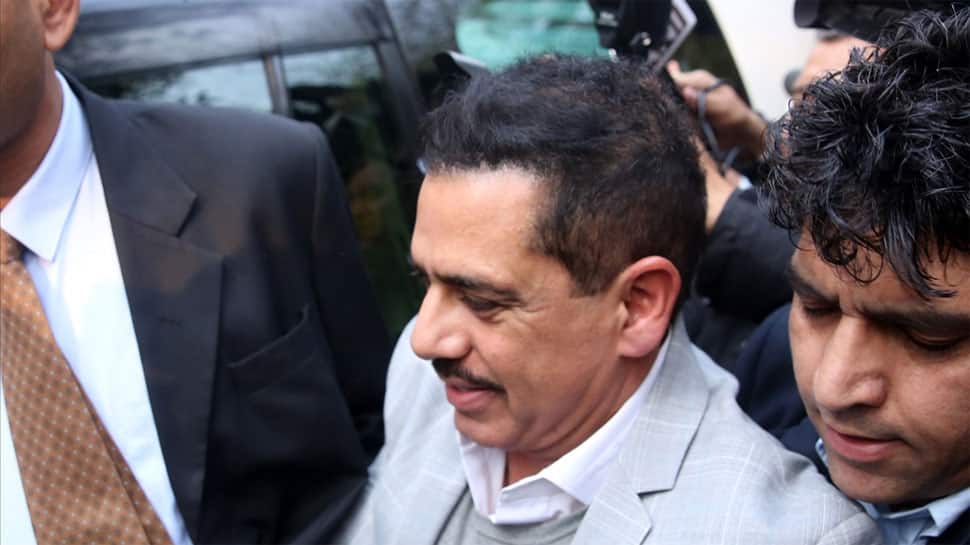 NEW DELHI: A team of seven members of the Enforcement Directorate questioned businessman Robert Vadra, the husband of Congress leader Priyanka Gandhi Vadra, on Wednesday in connection with money laundering probe into alleged possession of illegal foreign assets in London.

Vadra, accompanied by Priyanka, reached the ED office in central Delhi's Jamnagar House in a white Toyota Land Cruiser along with SPG personnel in tow at around 3:47 pm. His team of his lawyers had reached the premises beforehand. He then signed the attendance register before being taken in for questioning.

A list of over 40 questions were prepared in advance, top sources told Zee Media.

Among a host of things, the ED quizzed Vadra on his email exchanges with Sanjay Bhandari, the alleged arms dealer who is currently absconding, and his relationship with Dubai-based NRI businessman CC Thampi, alleged to be a close aide of UPA chairperson Sonia Gandhi.

Here's what the ED questioned Vadra on:

- Properties in London
- Relationship with Sanjay Bhandari
- Who owns the two homes and six flats (in London)?
- Sanjay Bhandari purchased two flats in London and later sold them off at the same price. Why was the amount was deposited in your account?
- Did Manoj Arora email Bhandari's associate for this flat?
- What does Manoj Arora do?
-For how long has Arora been working in this profile and from where he procured the crore rupees to buy the London properties.
- How do you know Thampi and what's the relation between your firms? Under which deal were the shares of Thampi's company transferred to your firm?

It is for the first time that Robert Vadra, son-in-law of Sonia Gandhi, is appearing before any probe agency in connection with alleged criminal charges of dubious financial dealings.

The case relates to allegations of money laundering in the purchase of a London-based property located at 12, Bryanston Square worth 1.9 million GBP (British pounds), which is allegedly owned by Vadra. The agency had told the court that it has received information about various new properties in London which belongs to Vadra.

Vadra has also been directed by the Rajasthan High Court to appear before the ED again on February 12 in connection with another money laundering case being probed by the agency.