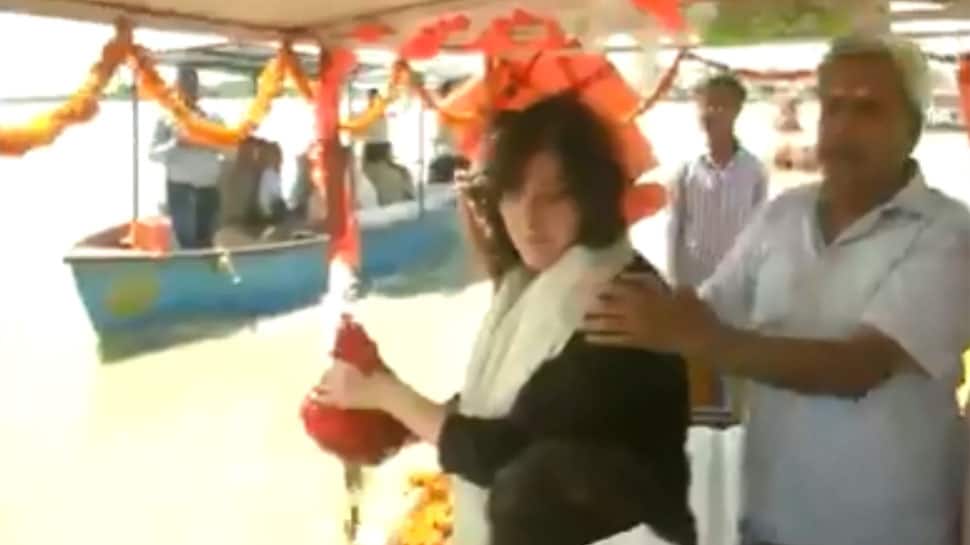 Bansuri was accompanied by her father and the late BJP leader's husband Swaraj Kaushal. Swaraj Kaushal also looked distraught as he held his daughter while she immersed the ashes into River Ganga as per the instructions of the priest from a boat.

The 67-year-old leader was BJP's most prominent woman face. The beloved politician died late on Tuesday night after suffering a cardiac arrest. The family collected the ashes from Lodhi Crematorium on Thursday morning, where she was cremated with full state honours on Wednesday.

Sushma Swaraj was rushed to All India Institute of Medical Sciences (AIIMS) after she complained of restlessness. She reached AIIMS at 9.35 pm, and doctors attended to her immediately. They administered Cardiopulmonary resuscitation (CPR) on her at first and then waited for about 30 minutes, which is a part of the protocol in such cases. The second CPR was administered after half-an-hour. After repeated attempts by the doctors to revive her failed, she was declared dead at 10.50 pm.

Tributes have poured in for Sushma Swaraj from all across the country as well as abroad.