Encounter breaks out between terrorists, security forces in Jammu and Kashmir's Sopore

Sources said that 2-3 terrorists are believed to be trapped in the area. 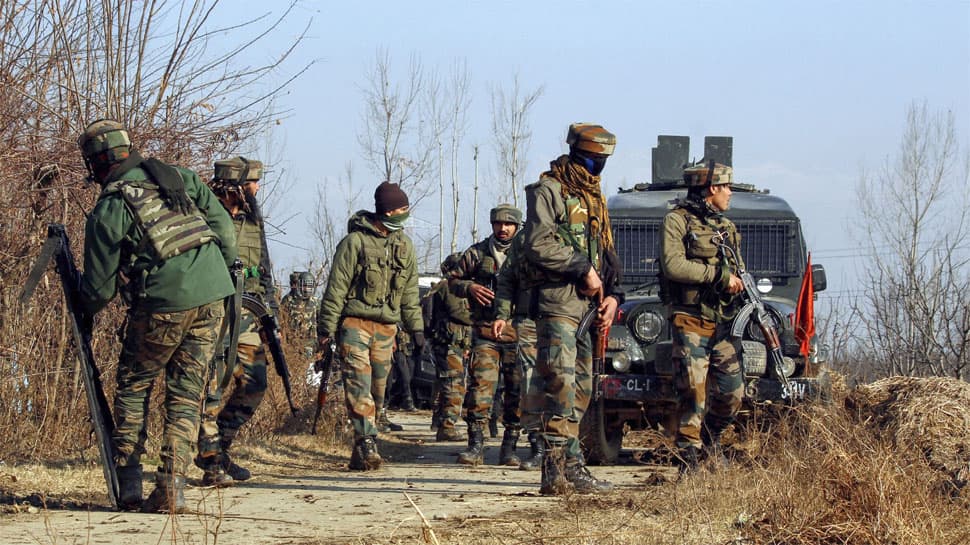 An exchange of fire is currently underway between terrorists and a joint team of security forces in Wadoora area of Sopore in North Kashmir. Sources said that 2-3 terrorists are believed to be trapped in the area. Internet has been suspended in the area. Army’s 22 RR, Jammu and Kashmir police and CRPF are conducting the operation. Security forces have zeroed in on the location of the terrorists after searching for them for hours.

On Saturday, one terrorist was killed in an encounter with security forces at Nowgam Shahabad in Verinag of Jammu and Kashmir's Anantnag district.

This came just a day after four suspected Jaish-e-Mohammad (JeM) terrorists were killed in an encounter in Panjran`s Litter area in the district. Incidentally, two Special Police Officers (SPOs), who were reported missing, are among the terrorists killed. The duo had decamped with their weapons to join the Pakistan-based terror group and were killed by security forces on the same day. The terrorists were identified as--Ashiq Ahmad of Panjran Pulwama, Imran Ahmad of Arihal Pulwama, Shabir Ahmad of Tujan Pulwama (deserted SPO) and Salman Khan of Uthmula Keegam Shopian (deserted SPO).