Addressing a press conference in Srinagar four delegates - Henri Malosse and Thierry Mariani from France, Ryszard Czarnecki from Poland and Bill Newton Dunn from the United Kingdom - after their visit to the newly formed Union Territory of Jammu and Kashmir, stated that people of the region want peace and development. 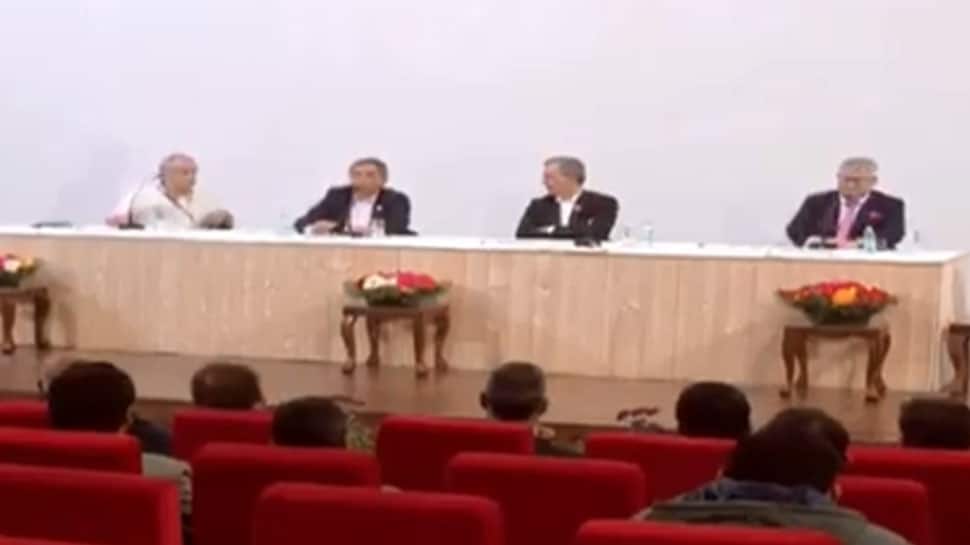 India's stand of Jammu and Kashmir being an internal matter of the country received an unequivocal endorsement from a delegation of European Union parliamentarians on Wednesday. A team of 23 European Union parliamentarians extended their support to India in its fight against terrorism while declaring that abrogation of Article 370 from Jammu and Kashmir was an internal decision of the country.

Terrorism is not an internal issue. An EU MP further said, "Terrorism is not only India's problem but is an international problem. We support India in fighting terrorism. Terrorism can destroy your country. Terrorism is also a problem of France and Europe. We don't want Kashmir to become another Afghanistan."

Addressing a press conference in Srinagar four delegates - Henri Malosse and Thierry Mariani from France, Ryszard Czarnecki from Poland and Bill Newton Dunn from the United Kingdom - after their visit to the newly formed Union Territory of Jammu and Kashmir, stated that people of the region want peace and development. They added that there is an atmosphere of development in J&K while stating that people have many expectations from the government.

"We have no interest in Indian politics. Our aim was to meet the local people. It was a good experience in Kashmir. Work is being done in the right direction here. People of Kashmir want peace and development. They want school and hospitals. We need the support of India to find the best solution," an EU MP said.

The MPs also asserted that Article 370 is an internal matter of India and stressed that India is a peace-loving nation. Speaking on the ties between India and Pakistan, it said, "we want talks between them". The members also took a dig at Pakistan saying that the country causes trouble to the Christian community residing in the country.

The members of the delegation also condemned the killing of innocents by terrorists in the past few days.

The members said that they want to have development in the region, adding that they don't intend to interfere in politics but want facts. Lauding the press, they said, "First of all its a good sign that India has a free press if we look at the neighbourhood."

The members also claimed that the western media is not good at facts.