A team of experts belonging to Odisha University of Agriculture and Technology (OUAT) conducted a successful surgery to remove two pieces of iron rod from a cobra on Thursday. 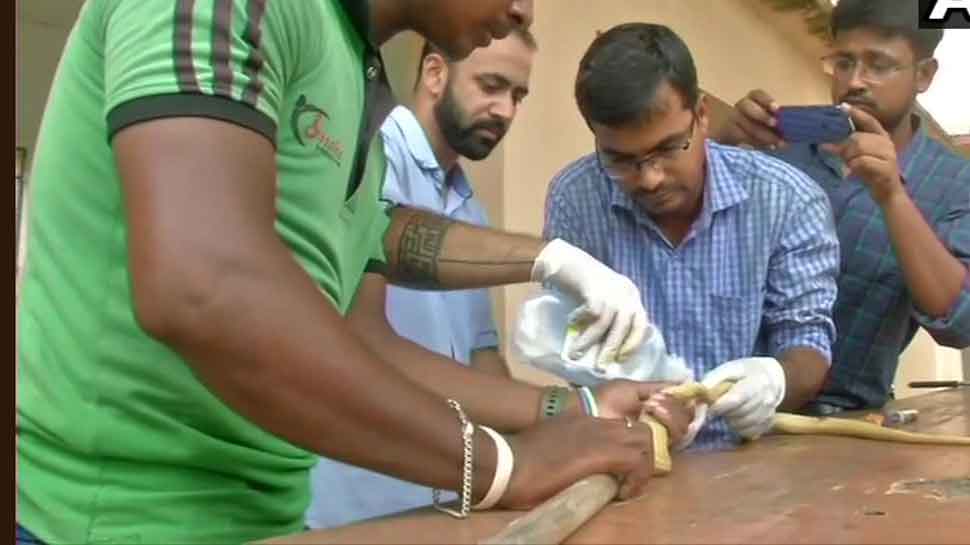 Bhubaneswar: A team of experts belonging to Odisha University of Agriculture and Technology (OUAT) conducted a successful surgery to remove two pieces of iron rod from a cobra on Thursday.

It was operated upon by the doctors at the College of Veterinary Science & Animal Husbandry.

The surgery went on for about an hour and the team was successful in operating out two fishing iron nails from the stomach of the ailing cobra.

The snake had entered into a house in Odisha's Puri district. It ate two live frogs attached to fishing iron nails, swallowing the nails in the process. It was rescued from Delang block in Puri district by the members of Snake Helpline.

The operating team first conducted an X-ray on the snake to locate the position of the fishing nails inside the snake’s stomach. After that, it carried out the surgery after administering anaesthesia.

News agency ANi quoted Dr I Nath, member of the doctors' team as saying, "We did radiography to check for skeletal damage and found that its lungs and intestines had suffered damage. It was experiencing difficulty in respiration and was paralysed. It will be kept under observation for 24 hours."

According to experts, the cobra's condition will improve in the next 24 hours.

India-US trade talks: Commerce Minister Piyush Goyal to visit Washington for next round