It has become a fashion to exhibit caste names on windscreens or number plates of vehicles in Uttar Pradesh and some parts of the country. 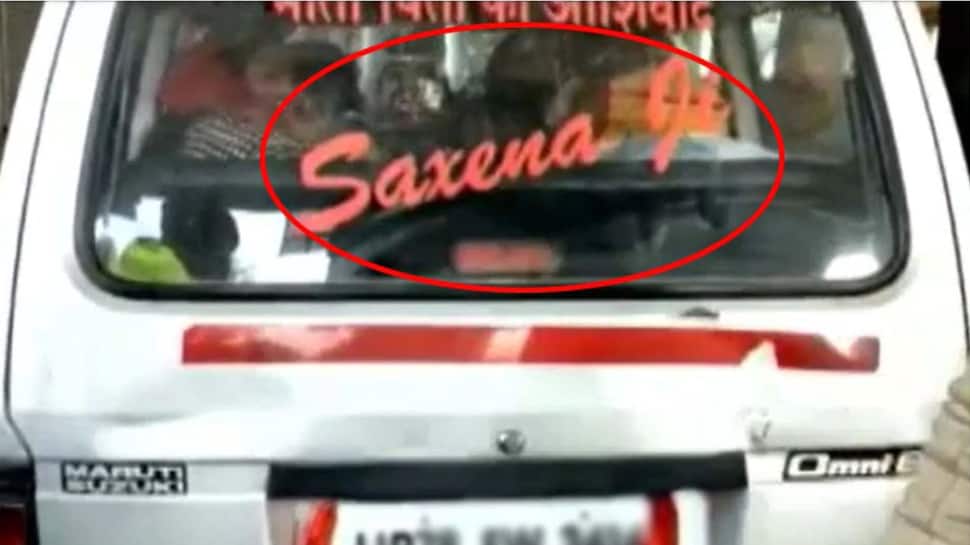 Just a day after Uttar Pradesh government said that displaying caste identities on windscreens and number plates of four and two-wheelers in the state will invite punitive action, a youth was issued a challan in Lucknow as the vehicle in which he was travelling had 'saxena ji' pasted on it.

It is to be noted that it has become a fashion to exhibit caste names like Yadav, Jat, Gurjar, Brahmin, Pandit, Kshatriya, Lodhi and Maurya on windscreens or number plates of vehicles in Uttar Pradesh and some parts of the country.

An order sent by Additional Transport Commissioner Mukesh Chandra to all Regional Transport Offices (RTOs) on Sunday said that all such vehicles should be seized.

The order was issued by transport department after instructions from the Prime Minister`s Office (PMO). The PMO took cognizance of the matter after a Maharashtra-based teacher named Harshal Prabhu wrote a letter opposing this culture.

Prabhu wrote the letter to PMO expressing his concern on IGRS, an integrated system designed for redressal of grievances. In his letter to PMO, the teacher from Maharashtra mentioned that the display of such stickers highlighting caste is a threat to the social fabric of the society.

The letter caught the attention of the PMO officials and an instruction was sent to the Uttar Pradesh government after which such drive was launched.

"According to our enforcement teams, every 20th vehicle is found carrying such a sticker. Our headquarters has asked us to take action against such vehicle owners," said D.K. Tripathi, deputy transport commissioner, Kanpur, to IANS.

It may be recalled that the practice of people displaying their caste identities on four wheelers and other vehicles started when Samajwadi Party was in power in Uttar Pradesh. At that time, writing `Yadav` on the vehicles was considered a status symbol.

When Mayawati came to power in Uttar Pradesh, vehicles with `Jatav` stickers became very common across the state. Though the Bahujan Samaj Party (BSP) is not in power anymore, such vehicles can be spotted even today across Uttar Pradesh.

Can live life on her own terms: Allahabad HC gives judgment in favour of inter-faith couple